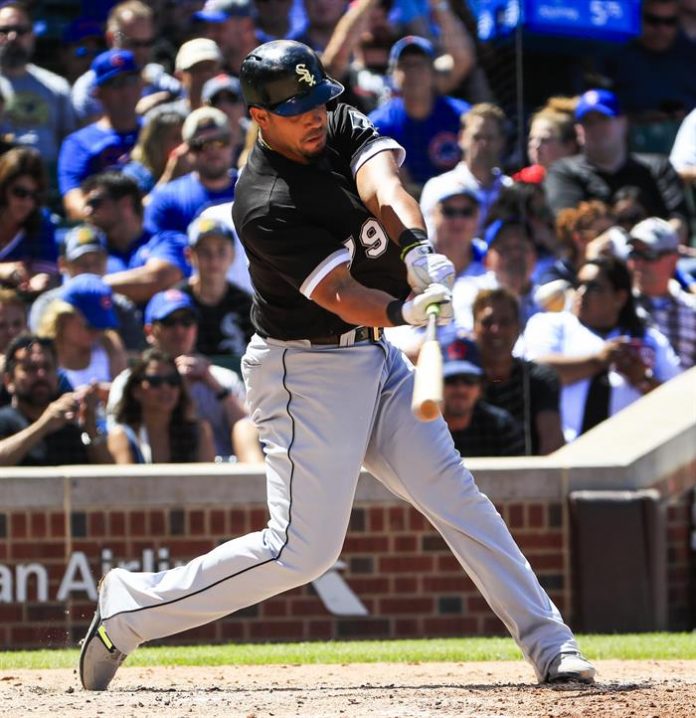 Albert Pujols drove in two runs and reached the mark of 100 RBIs for the 14th season, which earned him the most outstanding Latin American player of the day.

Cuban Jose Abreu and the Dominican Teoscar showed the power of their bats when connecting two homers each.

Pujols drove in two runs and hits the 100-point barrier in the Los Angeles Angels’ 9-3 win over the Chicago White Sox.
Pujols joined former Yankees outfielder Alex Rodriguez as the only players with 100 RBIs in 14 seasons.

The Dominican reached the mark of the 100 with his single of two races in the seventh episode.

Abreu (33) hit two homers, the first of them in the first episode, with no runners ahead.

In the sixth he punished with another four-cornered, solitary ball, both home runs against starter Parker Bridwell.

Hernandez hit two homers and the Toronto Blue Jays surpassed the Boston Red Sox 9-4, who lost their second consecutive game and are still unbeaten in the AL East.

The Dominican slugger hit the seven homers in a punt-hit in the fifth inning over opener Chris Sale, with no runners ahead.

In the eighth he hit back against the Heat Hembree relay, leading two riders on the road.

Cuban-appointed Kendrys Morales (28) blew the tolete in the fifth episode against Sale, with a running mate.

Santana (29) connected in the first with two runners against the opener Deck McGuire, when there were two outs in the entrance.

Puerto Rican ranger Eddie Rosario sent the ball into the street for the Minnesota Twins, who are approaching the finals after beating the Cleveland Indians 8-6.

Rosario (27) hit home runs in the first, only to hunt the coil of starter Josh Tomlin, with two runners ahead.

First baseman Yonder Alonso threw the ball for the Seattle Mariners, who beat the Oakland Athletics 6-3.

Alonso (27) sent her to the street in the fourth, with a runner, when hounding Daniel Mengden, when there was an out in the episode.

The victory was for the Hispanic reliever Emilio Pagán (2-3), who worked a two-thirds inning, accepting unstoppable and striking out a rival batter.

Cuban receiver Yasmani Grandal hit a three-run homer and the Los Angeles Dodgers scored 9-2 in the San Diego Padres, battling Californian teams, who have different destinations with the first qualifier to the finals by getting the best mark of the Seniors, while the second is eliminated.

Grandal (22) hit homers in the fifth, with two runners as they overcame Dinelson Lamet, two outs in the inning.

Second baseman Starling Castro blew the fence and the New York Yankees took the field lead with a 6-1 win over the Tampa Bay Rays.

Castro (15) threw the ball out of the park in the second, solo game, by hitting pitcher Blake Snell with no outs in the inning.