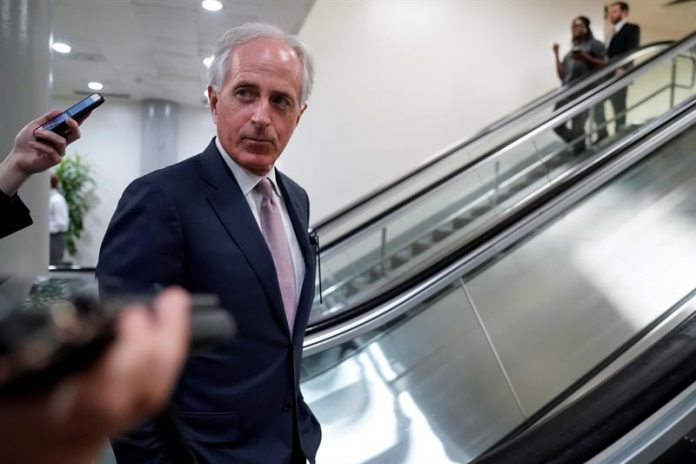 Influential Republican Senator Bob Corker unexpectedly announced today that he will not run for re-election for his seat in next year’s legislative elections.

“After much reflection, consideration and family discussion over the past year, Elizabeth and I have decided that I will leave the United States Senate when my term expires in late 2018,” Corker said in a statement, referring to his wife.

Corker, chairman of the Senate Foreign Relations Committee, is the first senator of the current Congress to announce his withdrawal.

Although he did not directly refer to President Donald Trump, Corker has been one of the most belligerent Republican lawmakers in his criticism of the tycoon and hinted that the challenges stemming from his administration will accentuate his work in the months remaining in the Legislature.

“I also believe that the most important public service I have to offer to our country could happen during the next 15 months and I want to be able to do it in a careful and independent way, as I did the first ten years and nine months of my career in the Senate” , added the senator.

Just over a month ago, he had hard words for the billionaire after his controversial comments on racist violence in Charlottesville, Virginia, in which a 32-year-old woman was reportedly beaten by a neo-Nazi while participating in a anti-racist manifestation.

“The president has not yet been able to show stability or part of the competition he needs to demonstrate in order to succeed.” And our nation and our world need it to be successful, whether Republican or Democrat, “Corker said after an act in the state that represents, Tennessee.

The president’s reaction to racial tensions sparked heated controversy after he blamed “the two sides” on what happened.

Corker’s decision to leave the Senate will undoubtedly unleash a fight to succeed him among the Tennessee Republicans, opening up the Democrats’ chances of snatching conservatives out of legislative seats.

All eyes will be on his possible substitute, especially whether he is a Republican candidate in line with the party apparatus, or a more radical outsider appealing to the harshest bases.