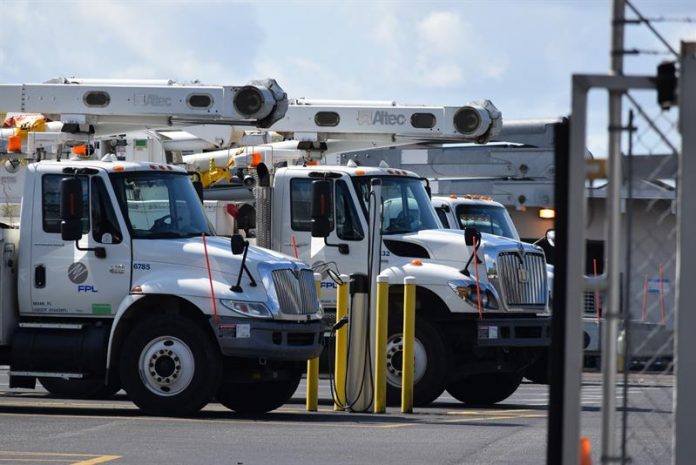 Florida Power & Light (FPL) announced today that it has restored service to virtually all of its 4.4 million customers who were cut by hurricane Irma, which landed in the Keys on September 10 and in continental territory of the state the following day.

FPL, which thanked the “patience, support and understanding” of its customers, said in a statement that it was “the fastest reinstatement of more people by a single company in US history.”

He also said that there is also no record of the workforce, his own and contracted, gathered to undertake this task, which he said had “more than 28,000 hard-working men and women” from across the United States and Canada.

FPL President and CEO Eric Silagy said in a statement that if the restoration operation was so fast it is because the company has invested almost 3 billion dollars in the last eleven years to make its electricity grid smarter, stronger and more resilient to storms.

“These investments have been borne by customers,” he added.

The company faces a lawsuit and a fine for its response to Irma’s power outages.

Attorneys John Ruiz of MSP Recovery Law Firm and Gonzalo Dorta of Dorta Law have filed a lawsuit in Miami against FPL this week on behalf of client Octavio Fernandez and hope the judge will grant him class of class action lawsuits adding others affected by power outages.

The sole plaintiff now accuses FPL of having breached the contract with its customers for not having prepared properly for the hurricanes, although in its monthly bills includes a mandatory surcharge supposedly to improve their networks and infrastructures in the event.

The demand seeks compensation for who has paid the surcharge and has been subject to power outages as a result of Irma.

In addition, the city of Coral Gables has imposed on FPL this week fines that according to the local media total more than 60,000 dollars for the delay in restoring the service to residents of that population bordering Miami.

“Hurricane Irma is unprecedented in almost every one of the scales used to measure them,” the FPL chief said in the statement today.

The number of customers affected was the highest in the company’s history, according to Silagy, who emphasized that FPL was up to speed with the “fastest” restoration operation in history.

“The vast majority of clients recovered the service within a week of Irma’s passing, but as with a restoration effort of this magnitude, there are areas where the task is more difficult and takes longer,” he said. he added.

Silagy drew a bleak picture of the damage caused by Irma in Florida and thanked the leadership of the authorities, headed by Governor Rick Scott, and the bodies and bodies that handled the emergency situation.

“We are still in the midst of a very active and destructive hurricane season,” warned Silagy, who called for continued vigilance and prepared to “respond to what Mother Nature sends us.”

FPL is the third largest electricity supply company in the US with almost 5 million customers, which means almost 10 million people on a surface that is half that of Florida.

According to the Florida Office of Disaster Management, the total number of homes, offices and businesses in Florida that have been without electricity at some point because of Irma is 6.7 million.

According to the latest data, updated today at noon local time by this entity, 13,735 customers throughout Florida remain without electricity, which is 0.13% of the total.