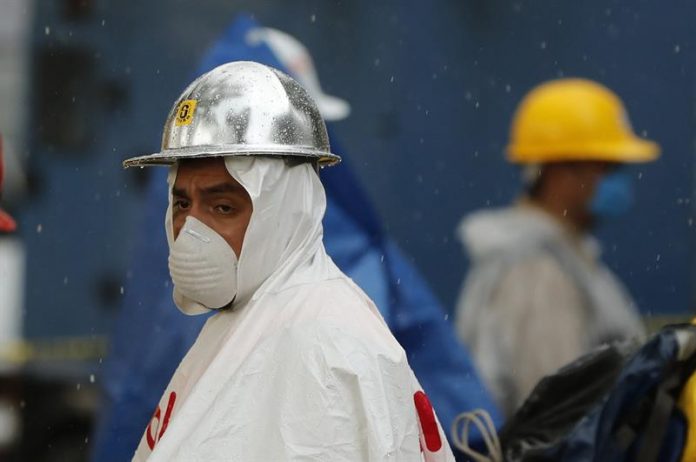 An aerial survey reveals the magnitude of the damage sustained by dozens of collapsed buildings and the effort of rescuers to find survivors after the 7.1 magnitude Richter earthquake on September 19 in Mexico City.

The collapsed buildings have been surrounded by dozens of buildings that although dislodged by precaution managed to stand upright the earthquake, which has left 253 fatalities and a hundred missing.

Around the wounds opened by the second earthquake on September 19 in Mexico City, life has been affected by the work of the rescue corps and thousands of volunteers to find people trapped under debris.

The school Enrique Rébsamen, in the south of the Mexican capital became for some time the symbol of tragedy with a balance of 19 children and six adults deceased and eleven minors rescued alive.

A complex of 14 apartment buildings on the bustling Tlalpan road was completely evicted to be evaluated after one of them, five stories high, collapsed one floor over another.

Around these collapsed constructions other buildings stood as dumb witnesses of the earthquake, while work is done to normalize the traffic of people and cars through the streets of the Mexican capital.

From the air, volunteers are distinguished by their large numbers for both their orange coats and protective helmets and the order they keep in their work, with power plants, and even improvised kitchens.

The earthquake caused the collapse of 38 buildings and Mexican authorities have indicated that rescue efforts will not stop to try to find survivors.