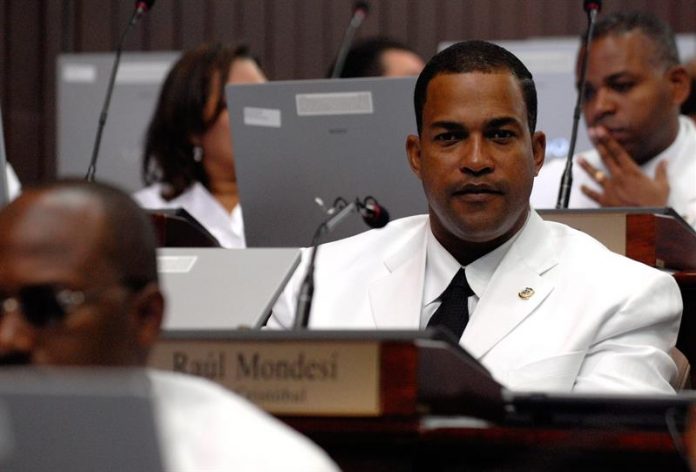 A Dominican court today condemned Major League player Raul Mondesi to eight years in prison and to pay a million-dollar fine after being found guilty of corruption while serving as mayor of the southern city of San Cristobal.

The Collegiate Court of the Judicial District of San Cristóbal also ruled that Mondesí was disqualified from holding public office for 10 years.

The former star of American baseball must pay a fine of 60 million pesos (about 1.2 million dollars).

Mondesí was accused by the Public Ministry of embezzlement and embezzlement for 300 million pesos (about 6.2 million dollars) during his administration as mayor in his native city.

The National League Rookie of the Year in 1994 was convicted along with a group of ex-officials from the town hall of San Cristóbal, accused of the same crimes.
These include the former secretary of that mayoralty Bievenido Araújo Japa and ex-Jesus Jesus Antonio Ferreira, sentenced to seven years in prison.

Mondesí was a stellar outfielder who started his career with two Golden Gloves with Los Angeles, playing for the Toronto Blue Jays, New York Yankees, Arizona Jokers, Pittsburgh Pirates, Los Angeles Angels of Anaheim, finishing his career with the Atlanta Braves in 2005.