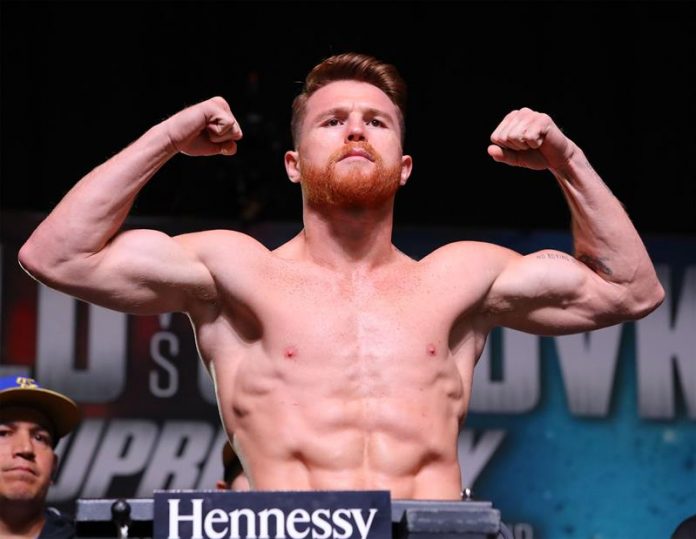 Mexican boxer Saul “Canelo” Alvarez, who fought nil with undefeated Kazakh champion Gennady Golovkin tonight in a 12-round bout, said he was “frustrated” by the verdict.

“I do not agree with the verdict at all,” Alvarez said at the conclusion of the fight. “It was superior, I think I won because I showed up in the ring.”

Although he was a little more restrained in saying he thought he had won between seven and eight rounds.

“I always countered Golovkin’s blows and twice I saw him hit,” said Alvarez, an aspect he only observed over the ring. “I made a great fight that deserved the triumph.”

However, the score of the judges, but especially Byrd’s, confirmed the fears of critics of the always “dark” world of the sport of boxing who had anticipated two things about the fight.

First, that both parties already had agreed in advance a second fight, and the only thing that was yet to know was the way they had chosen to carry out their plans.

Those who know the world of Las Vegas, where the shame of the so-called boxing match between Floyd Mayweather Junior and Conor McGregor is allowed, anticipated that it would be ideal for the image of the sport to recover that Golovkin would get a knockout.

But also they anticipated that the rematch could arrive in the way of a controversial decision of the judges after 12 rounds and that has been what unfortunately has happened.

In fact, Alvarez also spoke of the possibility of revenge and although he tried to be diplomatic, as if he was unaware of such reality, his body language and expressive betrayed him.

“I think it’s going to be the fans who have to decide on the revenge affair,” said Alvarez, the same man who has denied those fans the desire that he had faced Golovkin for more than two years.

Without any valid argument to present, since the fights are always decided by the promoters and that of the rematch is already agreed although the date is unknown in 2018, Álvarez again went on to express his “frustration.”

“The only thing I want to make very clear is that I feel frustrated by the null battle verdict that has been given tonight,” added Alvarez.

But unfortunately not as great as the 22,358 spectators who filled the stands of the T-Mobile Arena when they heard a verdict that has passed into history as another of the great “fiascos” and “scandals” in the world of boxing.