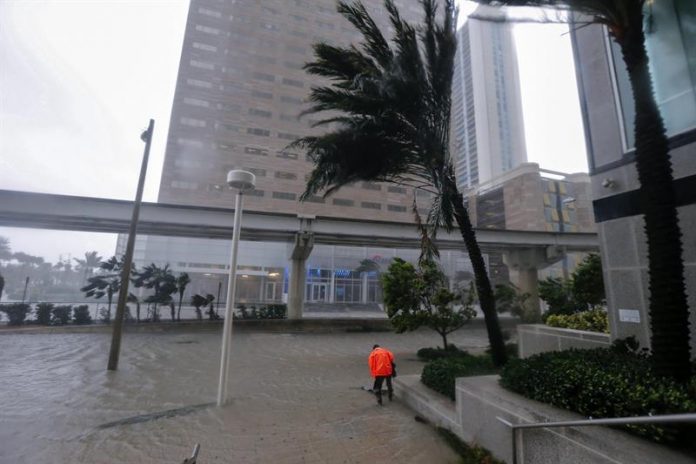 Vice President Mike Pence assured Floridians that the federal government will lend their support to them in their efforts to recover from Hurricane Irma, which has caused at least three deaths and serious damage to the state.

“All of the federal government’s resources are being transferred there (to Florida) to support the efforts of Governor Rick Scott of state and local officials,” Pence said during a visit to the headquarters of the Federal Emergency Management Agency ) in Washington.

The vice president’s visit to the main federal agency responding to the devastating Hurricane Irma took place as the cyclone advanced as a Category 4 storm on the Saffir-Simpson scale, a maximum of five, south of South Florida.

Shortly thereafter, Hurricane Irma center, degraded to Category 3 after losing strength and with sustained maximum winds of 185 kilometers per hour, hit land at Marco Island, a tourist resort on the southwest coast of Florida in which there were already severe floods due to the approach of Irma.

The vice president promised that Florida will have help.

Irma, who left at least 29 dead as she passed through the Caribbean, landed last night in the Florida Keys, at the southern end of the state, where she arrived with category four strength and sustained maximum winds of 215 kilometers per hour .

In addition to three people killed as a result of adverse weather conditions caused by Irma, the cyclone has torn down trees, flooded large tracts and left more than 1.5 million homes statewide without electricity.

But he said that because of the hurricane “the winds are still too strong to be able to move rescue missions”.

Once conditions allow, he added, emergency crews will move to the places required to “make sure everyone gets help,” he added.

Florida authorities ordered the evacuation of 6.3 million people in the wake of Irma’s clash, and in addition to the massive exodus of residents who left the state, thousands of people decided to go to shelters equipped with schools, sports centers and other facilities. facilities to protect against the cyclone.