Djokovic, detained in Australia awaiting the hearing with the Federal...

Rafa Nadal tests positive for COVID after returning from Abu...

Nadal: “If I am healthy I still have the inner...

The US tennis player Sloane Stephens considered a “madness” to have risen today champion in the US Open after going through a surgery that kept her more than eleven months out of the game.

“I could not lift weight for 16 weeks, so I could not walk or put pressure on my foot,” Stephens said of the operation he underwent in a press conference after his triumph.

“I did not think it could be, but I worked hard, and there I was, and I took the opportunity when it came,” he acknowledged.

Visibly happy, rejoicing in jokes and joviality, Stephens noted as “crazy” to have won a Grand Slam, the first of her career, and “even more incredible” being the Open and being the American.

Stephens, who was not a seed in the tournament, prevailed in a meeting with the fifteenth favorite, his compatriot Madison Keys, in two sets in just one hour. 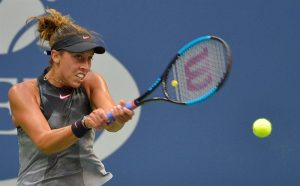 When reporters told him that he had only committed six unforced errors throughout the game, Stephens exclaimed, “Come on, I do not think that has happened to me before.

About her performance, she said that she was “fortunate enough” to “hold out a little longer”.

“I went out and did and I ran behind each ball, that’s all I focused on,” he said.

The 24-year-old Floridian admitted that her rankings have gone up “a bit” after this milestone, but said she was not sure of her plans for the rest of the year because things “have changed quickly.” 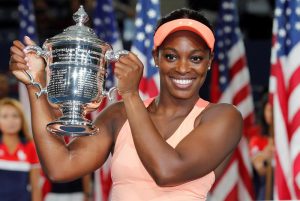 “Five weeks ago it was nine hundred, it was not a threat. I’m going to stick with that and surf the wave as much as I can,” said Stephens, who is “worried” about using her protected rankings to enter the Open.

“I was literally horrified not to be able to get into many tournaments. Now my rankings are higher than I am protected, and that changes things a bit,” he explained.

Stephens said that tonight there will be a celebration, to which Keys is invited because “apparently,” she said with a smile, she will have to invite her friend to “many” drinks after today’s victory.

“I have not assimilated yet but hopefully in a little while, when I lie down and relax and think, I realize that I am really the champion of the Open,” he joked.

However, he said he already had a good incentive to repeat the “dream” of winning a Grand Slam: “Did you see the check that lady gave me? Uncle, if that does not make you want to play tennis, I do not know what it will be” he smiled.

Toyota group sales down 0.5% in May

The Toyota group sold 218,248 vehicles in the United States during the month of May, the Japanese manufacturer reported, 0.5% less than in the...

Derek Chauvin, the agent who allegedly killed Geroge Floyd after crushing his neck during his arrest in the city of Minneapolis, Minnesota, has been...

Improving the quality of life of patients with chronic lymphocytic leukemia is possible in Mexico thanks to precision medicine, which attacks only diseased cells...

Four children, between 3 and 11 years old, and two adults died early Wednesday in a fire in an apartment in the New York...