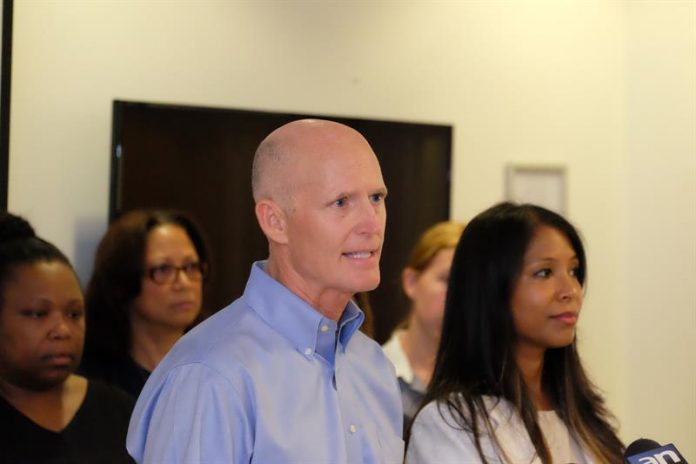 Florida Gov. Rick Scott has attended the council he has repeated throughout the week, and during multiple stops by the state, and has abandoned his residence on the coast of Naples, declared an evacuation zone by passage of Hurricane Irma.

According to local media reports, Scott has mobilized outside his 3,400-square-foot mansion to his family, which includes First Lady Ann Scott, her daughter and her husband, and the four grandchildren of the family.

The governor’s beachfront residence, valued at about $ 15 million, stands on Gordon Drive in the so-called “millionaires row,” and is located in an area under the order of evacuation at risk of up to 10 feet (3 meters) of sea level rise due to the cyclonic swell that will produce Irma.

Naples, a coastal city overlooking the Gulf of Mexico, sits in Collier County, whose authorities Saturday ordered new evacuations in the wake of Hurricane Irma, which this Sunday will pass along the southwest coast of Florida after reaching the Keys of Florida, according to predictions from the US National Hurricane Center.

County officials are enabling more shelters this Saturday to anticipate floods that will produce Irma, currently category 3 but could approach these more strengthened coasts.

Scott, an ex-deputy from a hospital group and elected governor in 2010, has insisted on a press conference on Saturday that people under the evacuation order should leave their homes and seek shelter in shelters that continue to open by the state.

At a press conference today from the Florida State Emergency Center, based in Tallahassee, the state capital, Scott was emphatic in asking his residents to take action to protect themselves from this “deadly” and “killer” cyclone.