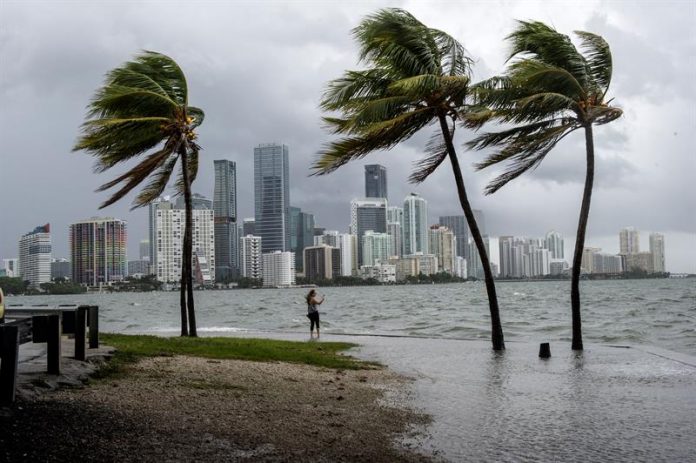 Hurricane Irma’s 3-band Hurricane Hurricanes currently hit the Florida Keys, at the southern end of the state, with maximum sustained winds of 49 miles per hour, the US National Hurricane Center (NHC) said.

The beaches of the Florida Keys, which will be the first to receive Irma in the early hours of Sunday, are already registering strong waves.

Strong winds have already begun to be felt in the Keys and south of the Florida peninsula with wind gusts of 56 miles per hour on the coral reef of Molasses, southeast of Key Largo, the NHC said in a special bulletin.

In the population of Maratón, in the Keys, already appeared tree trees, according to images of local means.

Irma, which has maximum sustained winds of 125 miles per hour, was located about 115 miles southeast of Key West and moves west-northwest with a speed of 9 miles per hour.

Irma’s external bands, classified as category 3 after landing on Friday night on the north coast of Cuba, where she arrived as category 5, are becoming more powerful in this area, under compulsory evacuation order.

After overtaking the Keys, Irma is expected to head north and touch land hours later on the west coast of Florida.

As of noon Saturday about 6.3 million Floridians had been ordered to evacuate their places of residence, a figure that is equivalent to 30% of the state’s population.

At the same time, the authorities authorized new shelters and warned that the time to evacuate was “now”.