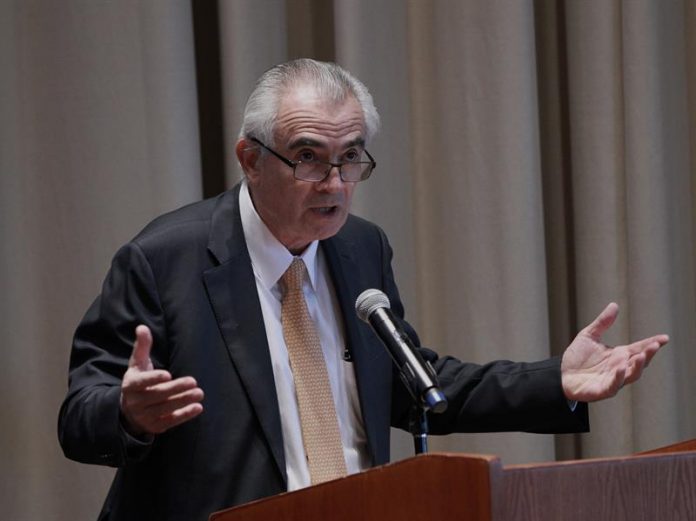 The boom in China from 1990 to date boosted its economic relationship with Latin America and led to the generation of at least 1.8 million jobs in the American subcontinent, an ILO report said today.

“China is growing as a geopolitical presence in terms of foreign direct investment, trade, financing and infrastructure projects,” José Manuel, director of the International Labor Organization (ILO) for Latin America and the Caribbean, told Efe Salazar.

The ILO presented Thursday in Mexico City the document “China’s Impact on the Quantity and Quality of Employment in Latin America and the Caribbean,” a report that analyzes, for the first time, the benefits and challenges of the growing ties between region and the Asian giant.

The study – which the authors call an initial approximation to this object of analysis – considers that trade generated 1.15 million net jobs in four countries: Argentina, Brazil, Chile and Mexico.

Based on these data, the ILO estimates that, in the region as a whole, 1.8 million new jobs were created.

The report seeks to demystify and remove prejudices around the Asian power, often accused of leading to the relocation of companies.

“The employment created by China is half the employment generated by trade, investment and projects with the United States. It is therefore significant and will continue to grow,” said the ILO representative.

Nonetheless, there are winning and losing nations in this growing economic relationship.

Brazil benefited from its good agreement with China and created 1.6 million new jobs.

The good data was supported by 1.4 million jobs generated by trade, 135,885 jobs created by transactions linked to FDI and 61,276 employees in infrastructure projects.

On the other hand, Mexico ranks as the great loser of Latin America in its relationship with the Asian country.

In spite of their success, in the Chinese landing coexist several risks, especially for the Latin American worker.

“There is a breach of labor rights, and there must be more investment in training to increase the number of local workers in Chinese projects,” he said.

And because of China’s involvement in the region – in sectors such as mining or agriculture – many jobs are “low skilled”.

There are also inequalities in trade, a symptom that the relationship is far from symmetrical.

Less than 5% of products exported to China have a medium-high technology level, while 65% of Asian imports into Latin America are of this type.

In a changing world in which China aspires to become its main engine in the coming decades, the region must learn a lesson if it wants to join the car of Asian progress.

“There is a lot of potential to improve value chains and attract more meaningful Chinese investment,” Salazar concluded. “Public policy and officials need to be better acquainted with Chinese strategies.