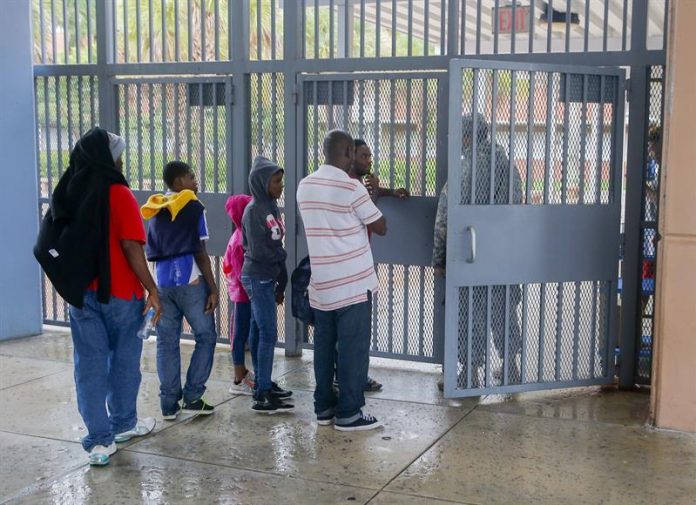 Florida Governor Rick Scott said today that he has ordered the evacuation of 6.3 million people in the wake of Hurricane Irma, which has killed 25 people in the Caribbean and is projected to hit the coast. southwest of the state as of this Sunday.

“Irma is the most catastrophic hurricane the state has ever seen,” Scott said, urging the evacuation of a third of the state’s 22.6 million residents, the nation’s third most populous.

The hurricane lost some ground on Friday night in Cuba and moved west with maximum sustained winds of 205 kilometers per hour but is expected to strengthen before arriving on the southwest coast of Florida tomorrow.

According to most recent weather forecasts, Irma, who reached Category 5 and is now Category 3, will hit the southwest coast of Florida, instead of Miami and the east coast as originally predicted.

By that change of the estimated trajectory, the authorities were forced to increase the number of evacuees.

Scott said that Floridians in areas where Irma passes may run the risk of not surviving the “sea-level rise” it will produce.

Increased atmospheric pressure and strong swell, coupled with rising tide, can cause sea level rise of up to 19.6 feet in some areas of the west coast.

“It is necessary to evacuate, not tonight, not in an hour, it has to be right now,” the governor reiterated to the Floridians in a press conference.

To Florida, the outer bands of Irma, which has a width of about 310 miles, have already arrived. In this way, the effects of the cyclone are already felt, which has already left strong gusts of wind and precipitation in isolated areas of the south of the state.

This has caused more than 29,000 customers to run out of electricity, according to figures from the Florida Emergency Division, which is continually upping this figure.

FPL, a leading provider of electricity in the state, predicted Friday that at least 4.1 million customers, meaning at least 9 million people, could lose power as a result of the impact of Hurricane Irma.

In addition, of the 6.3 million people who have been ordered to leave their homes, 540,000 people have received the same instruction in Georgia, while in South Carolina the coastal population was asked to leave the area.