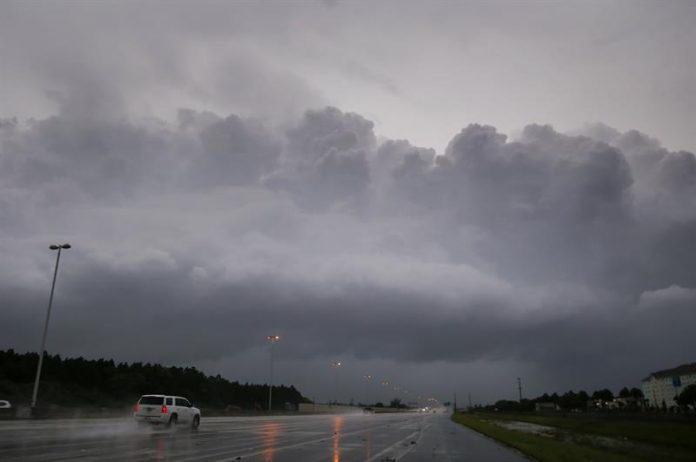 The hours before the arrival of the “most dangerous” Atlantic hurricane in the southern United States have those who resigned themselves to waiting for it at home in anticipation of the devastation, floods, power outages and especially the time that Irma will leave them locked up in their shelters.

The nine days since Irma quickly became a hurricane and began to look like a perfect nightmare on her way through the Caribbean have seemed weeks of preparation and rows to buy water, planks, gasoline, canned goods, batteries and other supplies.

“Let me tell you when the hurricane comes down Calle Echo (the traditional street of Little Havana in Miami),” says one of the internet jokes that seeks to relax South Florida residents, alarmed by the excess of information.

Irma has since Friday flogged the northern coast of Cuba on her way to the Florida Keys and anxiously for the Florida peninsula following her deadly journey through the Caribbean with at least 25 lives lost.

In Florida, 5.6 million people, more than a quarter of the population, were forced to evacuate and many of them moved to the north of the state and the country, an exodus that had never been seen before in that proportion.

Those who stayed now have plenty of time to make all kinds of cabals about Irma’s possible impact on their lives, many take it for granted that hurricane winds and heavy rains will bring floods and power outages in their neighborhoods.

The National Weather Service today issued a flood warning, which runs until Monday, for much of southern Florida, including coastal areas in the neighboring counties of Miami-Dade, Broward and Palm Beach.

With the first rains associated with Hurricane Irma, the first lightning strikes arrived in Miami today, even though the powerful hurricane winds, with a speed of 133 miles per hour, with stronger gusts, hardly feel yet in the city .

Power outages are also expected to affect about 4.1 million customers of the Florida Power and Light Company, according to the leading power supplier in the south of this state

The conjectures about Irma’s gateway to the state of Florida center the conversations between the Floridians subjected to the closure in their houses or in the multiple official schools that adapted to serve as shelters.

The Cuban Luis Vera kills the waiting playing dominoes with others in the hostel, “although they lack the beers,” he jokes.

He says that this is the first time that he decides to go to a shelter in the more than 50 years that lives in the USA, because “the thing seems serious”.

In these shelters the day began with rows for a coffee and with comments about the relief of the slight displacement of Irma towards the west, that takes of the cone of the hurricane to the southeast of Florida.

However, the huge cyclone system, still surpassing the size of the state, remains a “deadly” threat that is expected to start rampaging this weekend in the Florida Keys, in the far south of the United States.

“Hurricane Irma is of an epic proportion, perhaps larger than we have seen. Stay safe and out of your way, if possible,” President Donald Trump said Friday in his Twitter account.

Irma, who is advancing through northern Cuba, where she landed Friday night in the archipelago of the province of Camagüey, could land in South Florida next night.

“If you were ordered to evacuate, you must do so now,” Florida Gov. Rick Scott reiterated today at a press conference.

And while the streets are completely empty, condominium administrations have already begun announcing through the loudspeakers that the doors of the buildings will be closed and urging pet owners to give them the last ride before the storm.

Inside, plans include strategies for what to eat first, leaving for the end that which does not require refrigeration or cooking, talking to relatives in and out of the country in case of subsequent communications fail and establish a telephone chat with neighbors who did not flee for when the hurricane winds of Irma begin to lash out.