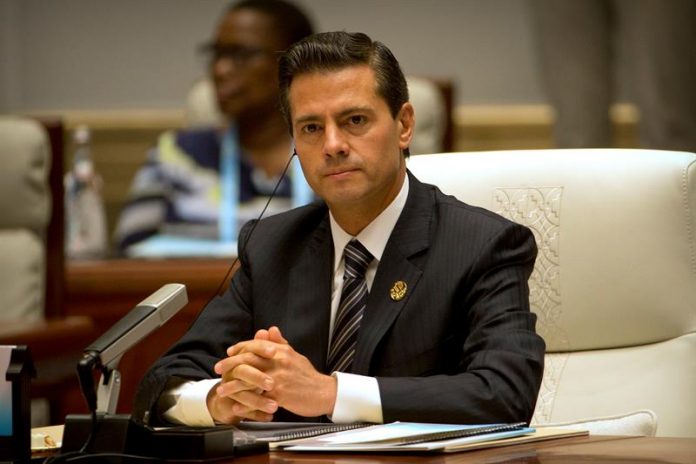 Mexican President Enrique Peña Nieto declared a state of emergency in Chiapas and noted that the magnitude of the earthquake that shook much of the country on Thursday night went from a magnitude of 8.4 to 8.2 on the Richter scale .

In a message from the National Center for Disaster Prevention, the president confirmed the preliminary figure of five people killed by the earthquake and announced the cancellation of classes in eleven states, ranging from the capital to Chiapas.

In addition, it announced that the state of Chiapas, whose coast was located the epicenter of the earthquake, was declared in emergency for aid to flow more easily to that border area of ​​the country.

Although he indicated that the magnitude was adjusted to 8.2 degrees, he said that “this makes it the largest earthquake that has been recorded in our country for at least the last hundred years.”

He emphasized that it was even greater than that of 8.1 degrees on September 19, 1985, which left thousands dead.

He added that this distance “dampened to some extent the damages that could have caused an earthquake of this magnitude”.

The president reported that there are damages and impairments in some states “that we still can not quantify.”

He pointed out that the Federal Electricity Commission has indicated that the power supply of 1.5 million users has been affected, and that the service has already been restored to almost 800,000 of them. “It is estimated that electricity supply will be due and fully restored in the next few hours,” he added.

He indicated that it has been decided to suspend classes Friday in Mexico City, Mexico City, Tlaxcala, Hidalgo, Puebla, Chiapas, Oaxaca, Guerrero, Veracruz, Tabasco and Morelos “in order to verify that the educational facilities have not had major effects “.

He also asked the population to check the conditions of their homes and workplaces, especially gas facilities.

“There are still no reports of major damage unless it is strictly material that we have detailed so far, except for the unfortunate case of the loss of life of five people,” the president said.