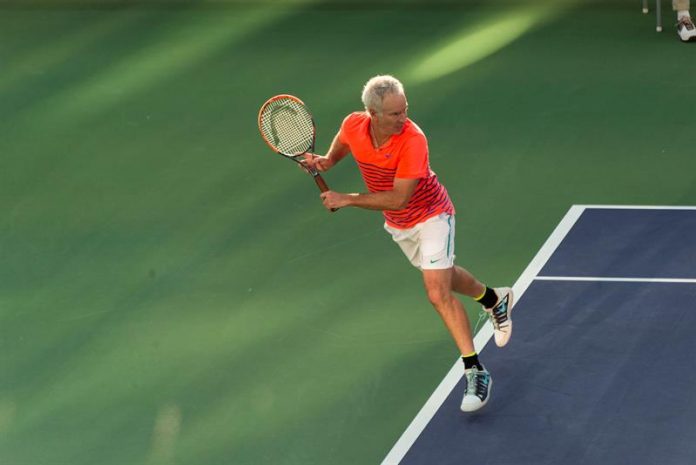 American John McEnroe said that Argentine Juan Martin del Potro “can win” Spanish Rafael Nadal in the semifinals of the United States Open since “he has that attitude that is needed.”

“Nadal already suffered against him when the Argentine won the title here and has also lost his last two clashes, so Rafa knows that Del Potro is extremely dangerous,” explained the extenista and now commentator of Eurosport.

“The good news for Rafa is that he is starting to play a lot better. He had problems in the first three rounds, especially at the beginning of the games, but he recovered and started playing very well.”

The four-time winner of the US Open, explained that the Manacor player wants to “win the title with all his strength” and “finish the year as number one.”

“If you had wagered that Rafa and Roger were going to finish the year as number one and two in the world, you would have made a lot of money. Despite their greatness, they seemed to be heading in the wrong direction, so this has been a fantastic boost for tennis, especially with the injuries of Novak Djokovic, Andy Murray and other players, “he said.

“He has always been a very popular player in the locker room and one of those guys who does not want to play any major player. eighth-finals, I was out but I did not want to lose the match and found a way to win, “he said of Del Potro.

Of course, it also gives the keys that could lead Nadal to victory: “I would have to make a very physical match, but it’s easier said than done when you have a Del Potro ahead of you who has a big right blow and sends the serve. ”

“But then his backhand is not so good, Rafa’s right-hander is very high and that will benefit him, so it’s going to be interesting to see how he handles that Del Potro situation. In the past he’s already worried and I expect a very even game “he said.

McEnroe also talked about the other semi-final between Pablo Carreño and South African Kevin Anderson: “Carreño is going to be physically cool. Anderson is stronger and more dangerous, so I think whoever is the winner of the other game, would rather play the final with Carreño “.

“If Anderson wins, he is a player that can hurt you and he is very aggressive, and I think that’s how Pablo will play. For me the South African is a favorite,” he acknowledged.

For McEnroe, the 26-year-old born in Gijón “is a player who does not give you anything.” “He has played so consistently that he has managed to reach the top 20, which is a fantastic result for him, perhaps better than he expected himself to be,” he said.

“The fact that the slopes are slower this year has helped him, and he has faced four rivals from the previous round in the first four rounds and then fourth, with Diego Schwartzman, so he could not have a better now he’s here to give it all and he has nothing to lose, “he added on Carreño.