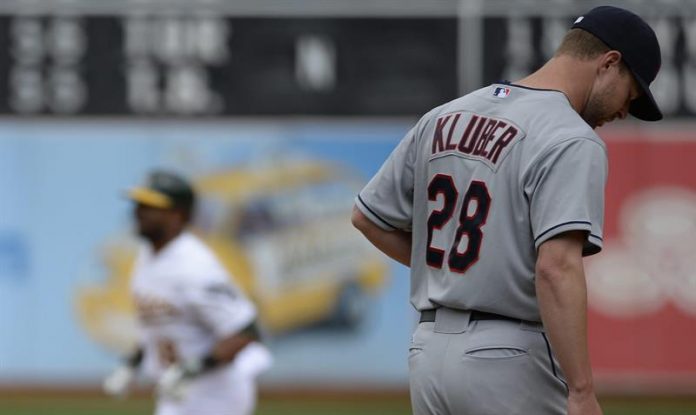 Nothing stops the Cleveland Indians in their winning streak that went to 15 consecutive wins, the best in the majors and also a new record in the history of the team leading the Central Division and the American League.

The Indians crushed the Chicago White Sox 11-2 to win a new record after starter Corey Kluber took another big job from the mound.

Cleveland also had five homers and became the first major team with a 15-game winning streak since the Oakland Athletics got 20 in 2002.

Edwin Encarnación hit a three-run homer in the first episode, while Francisco Lindor did the same in the second, causing the team to immediately secure the new mark he was going to achieve at the conclusion of the duel .

Kluber (15-4) had 13 strikeouts in seven chapters. Venezuelan Yolmer Sanchez and Cuban Jose Abreu hit home runs in the first game for the White Sox, but Kluber only allowed another hit in the rest of his work.

That hit was a single from Venezuelan Omar Narvaez in the fifth inning.

The right retired 20 of its last 22 rivals. He scored at least 10 punches for the 14th time this season and for the eighth time in his career.

The defeat was for starter Mike Pelfrey (3-11), who did not stop the Indians’ hitting inspiration, in which Lindor stood out 6-3 with three runs scored and one RBI.

Cuban Yandy Diaz 2-0 with a score. Colombian Giovanny Urshela 1-0. Incarnation of 3-2 with an annotated and three produced, and his compatriot Erik González of 4-2 with two annotated and four pushed.

Dutch short course Didi Gregorius hit three hits and scored in two runs for the Yankees, who swept a series at Camden Yards for the first time in four years.

The Yankees drew close to three and a half games of the AL East leaders leading the Boston Red Sox and extended their lead in the fight for the first wild card.

Sonny Gray (9-9) took a dirty career and six hits in five innings and two-thirds. The right-hander has a 3-4 record since July 31, when he was acquired by New York in a transfer with the Oakland Athletics.

After the rain forced to postpone Wednesday’s match, Judge made sure to head to New York soon for the win. He contributed his homer in the first episode, to put the slate in 3-0.

He has 39 homers in the season, the second-best finish by a rookie in the history of the majors, only behind Mark McGwire’s 49 in 1987.

The Yankees clinched two runs in the third game against opener Kevin Gausman (10-10), who loaded with the loss, and Headley’s bouncing off Mike Wright left the 7-0 run in the fourth.

With two outs in the ninth, Jorge Polanco produced the lead of the lead against his compatriot, reliever Kelvin Herrera, the Royals’ close-up closer, and the Minnesota Twins beat the Kansas City team 4-2.

Herrera, who suffered discomfort in the forearm, entered the game with a 2-1 lead before allowing a pair of singles and a wallet.

Brian Dozier hit a sacrifice fly to tie the slate, and after the intentional base to Joe Mauer, Polanco fired a single through the center of the diamond to put Minnesota ahead.

Trevor Hildenberger (3-2) was left with the victory by throwing in the eighth recharged chapter of starter Kyle Gibson, while Matt Belisle worked the ninth inning for six saves.