History is made with the first public hearing related to...

At least 50 people were killed in the earthquake that hit Mexico on Thursday, a magnitude of 8.2 on the Richter scale, local authorities said on Thursday.

According to the latest data provided by the governors of the south of the country, the earthquake left at least 35 dead in the state of Oaxaca, twelve in Chiapas and three in Tabasco.

The governor of Oaxaca, Alejandro Murat, said that in the southern state there are “between 35 and 45 deaths,” and that Juchitán is the municipality most affected. 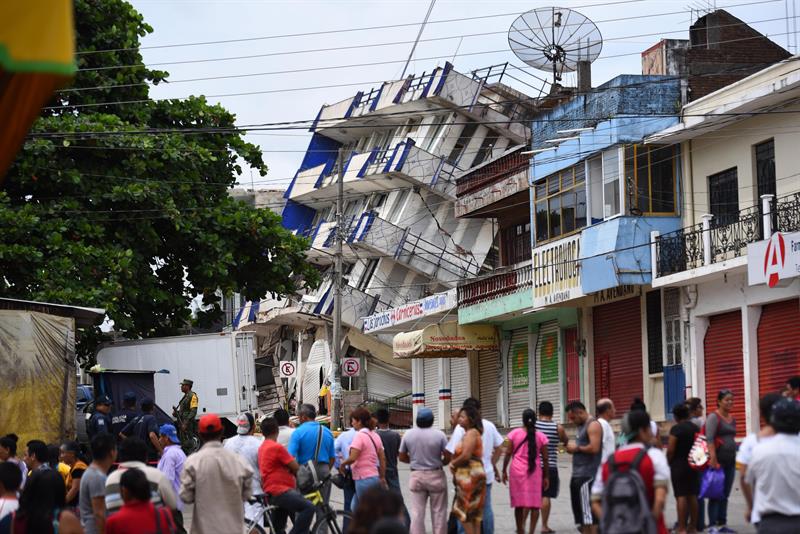 Raquel Laguna.- Viveik Kalra stars in the movie Blinded by the light, an inspiring drama whose backdrop is the music and lyrics of Bruce Springsteen's...

Spike Lee: “Donald Trump will go down in history as the worst president of the United States”

Political tension has grown exponentially in the United States following waves of protests over the death of George Floyd during an arrest. Many are...

“Serenity” is postulated as the great novelty on the billboard

"Serenity", a dark thriller by Steven Knight with Matthew McConaughey and Anne Hathaway as protagonists, is the big novelty of the weekend on the...

The reduced Sunday session of the NBA left two of the contenders for the league title as the Boston Celtics and the San Antonio...

Women, determinants in the bond between dogs and humans

Several factors may have played a role in building the mutually beneficial relationship between humans and dogs, including temperature, hunting, and surprisingly gender. "We found...