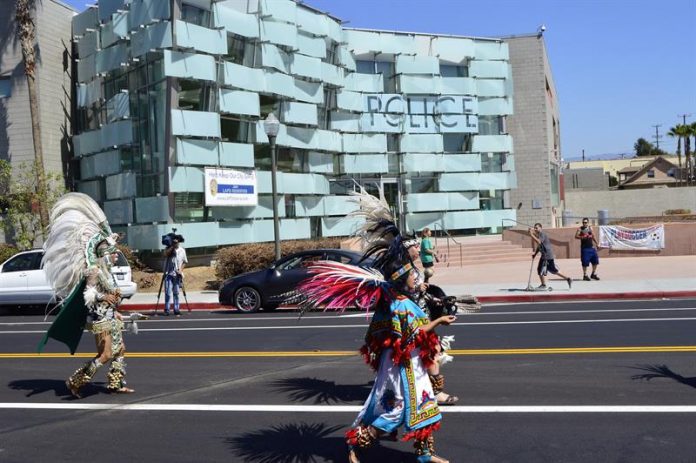 From an emblematic Latino enclave and a zone affected by gang violence to the desire of real estate developers and hipsters attraction, Los Angeles’ Boyle Heights neighborhood has become a new arena for the debate on gentrification and its consequences.

Gentrification, the process by which the population of a neighborhood is displaced by people of a higher economic level, dominates the talks in Boyle Heights, where neighbors complain about the significant rents of rents as discussions arise about the arrival of new business.

Since the 1960s, Boyle Heights has been the heart of Los Angeles’ Chicano culture and activism, a landmark for Latino immigrants in the eastern part of the city who have developed their own identity.

Boyle Heights has also been synonymous with gang violence for years, but in recent times the improvements in the neighborhood, its proximity to the renovated Downtown and the arrival of the subway, among other factors, transformed its reputation.

Now the emergence of real estate investors is a threat to the local working class.

The tenants of the complex of 1815 Second Street protest since the beginning of the year against its owner, who according to his story suddenly demanded between 500 and 800 dollars a month rent.

In an interview with Efe while participating in a joint sale of tacos to raise funds, Karen Centeno said that her apartment went from 975 to 1,550 dollars a month.

“Everything is going up for this type of people who come by buying places, fixing them, making them very beautiful and people can not afford them,” said Centeno, who with others affected and under the support of the Union of Neighbors group, will face a owner’s claim.

Hispanic identity marks the essence of Boyle Heights: over 90% of its population is Latino; the Mariachi square, like a small Garibaldi square, gathers musicians waiting to be hired; and, in general, it is difficult to find a resident who does not speak Spanish.

But Boyle Heights is also changing, as canteens and street stalls share space with novel establishments, such as alternative bars or bookstores, which appeal to a different, younger population.

Last June, the opening of the Weird Wave cafeteria provoked protests by a group of neighbors who considered it a threat of gentrification.

The mobilizations, although discreet and symbolic, echoed in Los Angeles as an echo of what happened earlier in the Hispanic neighborhoods of Echo Park and Highland Park, today paradigms of modernity and hipster culture.

“There have been no protests in more than a month … So things are getting better and we have more and more work,” said Jackson Defa, co-owner of a modern-flavored coffee shop that contrasts with pharmacies or pawn shops of the surroundings.

Defa added that he understands “completely” the arguments of critics, since he left San Francisco for gentrification, but questioned his methods: “I am not responsible for the housing crisis in Los Angeles. Meter here. None of that happened through my cafeteria. ”

Contacted by Efe, Councilman Angelino José Huizar, from the district to which Boyle Heights belongs, was referred to a statement condemning vandalism against the cafeteria and formerly registered against art galleries.

He also opted for rent control to prevent families without resources having to leave the neighborhood.

This phenomenon had a major impact on The Pulse of Boyle Heights, a bilingual teen-made newspaper that recently dedicated a special to gentrification with reports on Defend Boyle Heights opponents or chronicles of displaced students in the neighborhood.

“Reactions to the (special) notes and the traffic on the web have been brutal,” said Pedro Rojas, co-founder of the newspaper.

After gentrification became the protagonist of a community meeting at El Pulso, where they listen to the opinions of their readers, the kids decided to address the issue knowing that it was “easily polarized.”

Therefore, Rojas bet on the dialogue: “Let’s talk, let’s listen, because so far has been the ones there and the others here.”

In House 0101 is represented “Sideways Fences,” a play about the dilemmas of a marriage while around him move strange people and their acquaintances start drinking sophisticated beers and hooking up with Instagram.

“I wanted to write a work in which we could analyze, see ourselves in a mirror,” said its author Óscar Arguello, who was “proud” to see young people raising their voice against gentrification.

And actress Jeanette Godoy highlighted how positive the attention the neighborhood has received lately: “It is important that we continue these conversations, but at the end of the day, with everything that is happening, you already know where Boyle Heights is and there is a community which is not going to be beaten. “