Company in bankruptcy auction thousands of wedding dresses in US

The auction began this morning, with a first bid for the total of the lot, about 6,000 dresses and articles, which also included machinery and vans, but that did not come to anything because the highest bid was only 125,000 dollars, insufficient amount for the company.

Shortly after the auction began, authorized by a judge after the bankruptcy of the company last July, there were a little more than 20 bidders, who first paid a deposit of 1,000 dollars, and were joined by others who participated via Internet.

Stan Crooks, president of auction company Auction America, estimated the operation could generate $ 250,000 to $ 500,000 in revenue, which will help reduce the company’s debt, Sun Sentinel said.

Sold only in lots of a minimum of 10, and not individually, the dresses began to receive initial offers of $ 30 or $ 50, according to the newspaper, and it was expected that the dresses of the 2018 collection would also be auctioned .

For the most part, the products being auctioned are dresses and clothing from the sample, which were usually tested by the clients and then sent to manufacture in China.

Apart from bridal gowns and bridesmaids, the auction included industrial machinery and even a 2008 van, acquired by a couple who paid just over $ 5,000 and who hopes to resell it for a higher amount.

According to Efe, at the auction you could see ex-employees of the company, based in Delray Beach, on the east coast of Florida, who expressed their sadness about the closure and others who claim the amounts owed. 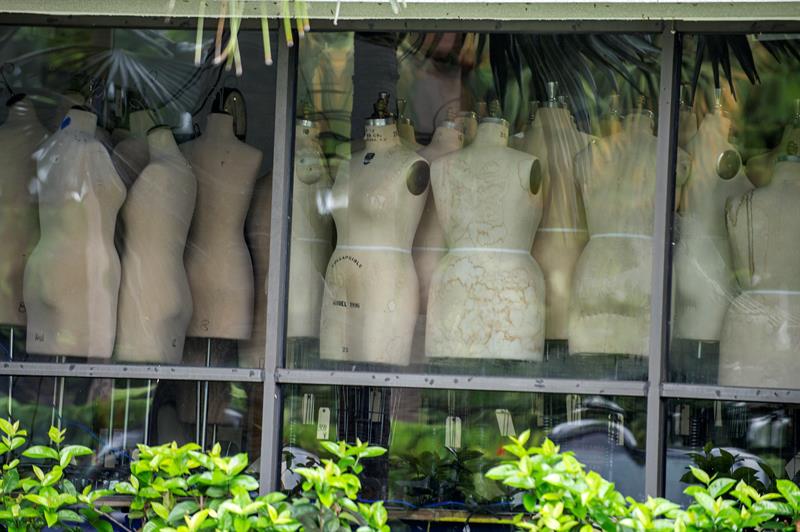 Alfred Angelo, who got to have more than 60 stores distributed by USA. and whose clothes were sold abroad, closed the closure in an untimely manner on July 13 and a day later filed for bankruptcy in court.

The news took a special surprise to those brides whose orders were pending delivery and to whom the company, founded in 1933, notified them that unfortunately could not comply with it.

Several days after the bankruptcy the company apologized to the women to whom it left without galas for its weddings through a message in his official web.

“We apologize for the inconvenience and tribulations resulting from this (bankruptcy). We appreciate your patience,” said the firm.

In social networks a chain of solidarity was organized whereby many women offered their own bridal gowns to the “victims of Alfred Angelo,” as they called them.

The Chicago airport regains the throne of more US operations

O'Hare international airport recovered after four years the first place of operations in the United States, with more than 900,000 flights and 83.4 million...

The Andalusian equals the Mexican Suárez and approaches the Egyptian Ahmed Hassan The captain of the Spanish team, Sergio Ramos, has become the European player...

WASHINGTON - At least twenty-two people were killed Sunday, including minors, and dozens were injured by tornadoes in the state of Alabama, in the...

Chicago remodels one of its main attractions, the Crown Fountain

The Crown Fountain, one of the main tourist attractions in Chicago and designed by the Spanish sculptor Jaume Plensa, was enabled today to the...

Maluma: “My essence has not changed”

Eight years ago, Juan Luis Londoño, better known as Maluma, embarked on the music scene recording songs on his own. Today, turned into a...