The rapper and music producer Armando Christian Pérez, Pitbull, today incited thousands of young Mexicans to rebel against those who assure them that their dreams will not be fulfilled, because with work it is possible to achieve everything.

“You’re never going to do it, it’s never going to happen, I know there are students here, but that’s a shitty idea. You can do whatever you want if you fight for it,” said the Cuban singer.

In the Mexico Siglo XXI forum, the composer pointed out that the Mexicans were decisive in his career and told details of his formative years when he changed schools, from states to states until he lived a point apart in his training.

“A teacher changed my life, her name is Hope Martinez and she told me I believe in you. After that everything was different,” he said.

Perez, 36, appeared in the National Auditorium in one of his elegant, dark-toned suits, and for three-quarters of an hour he insisted on the importance of keeping his focus on goals and praised the ability to profit from failures.

“My first was in North Carolina, I was so nervous I had a few drinks and then I heard something like bub, bub, bub, the next day I felt embarrassed, I apologized and since then I never went up drunk,” he confessed.

Winner of numerous awards, including the Grammy last year and the star on the Hollywood Walk of Fame, Pitbull said that there are still people who say no to their projects and loves to meet some at dawn to fight hard and get their dreams.

“I wake up every morning and I love to be told, ‘It’s not going to happen, you’re crazy.’ That’s good to fight, if your life is in crisis, remember you’re breathing and you can go outside and do something, “he said in a Spanish accent and Cuban words linked to English terms. 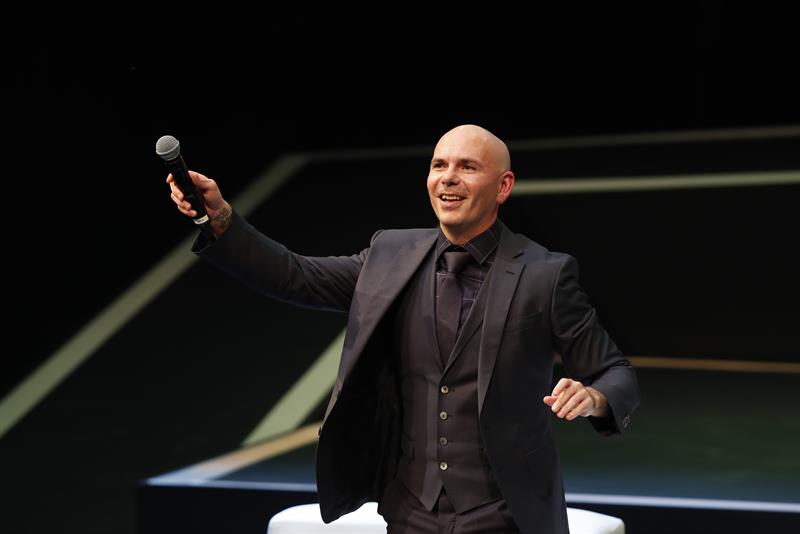 The artist acknowledged not having a great talent and said he distrusted that quality because sometimes those who have it are slow, although he pronounced it with the verb clipped as some Cubans speak in Havana.

Pitbull spoke of the falls in life and observed that the first thing to get up is to recognize that they happened; many do not and continue in the same.

“You can have a plan, a strategy, but it changes and you have to change and use the energy to apply a solution and not protest,” he said, after declaring his disregard for ‘likes’ and ‘followers’ of social networks .

On Mexican music, he said he would like to sing with Vicente Fernandez, although before, he said, he would have to have a tequila with him.

The Miami Film Festival will feature a new category inspired by the success of "Moonlight," a low-budget local production that won three Oscars this...

Police in New York reported that eight people have been arrested in connection with the murder of a 15-year-old boy in the Bronx district...

Mexican mothers ‘milk has bacteria that contribute to babies’ health

Mexican researchers from the Center for Research and Advanced Studies (Cinvestav) have found that the breast milk of Mexican women contains groups of bacteria...

Mexico moves ahead with obstacles to new paternities

Mexico, which celebrates father's day tomorrow, is increasingly open to new paternity roles, but machismo, the wage gap and lack of policies hinder its...

Restless Legs Syndrome, characterized by an uncontrollable urge to move the lower extremities while sitting or lying down, occurs in women in 60% of...