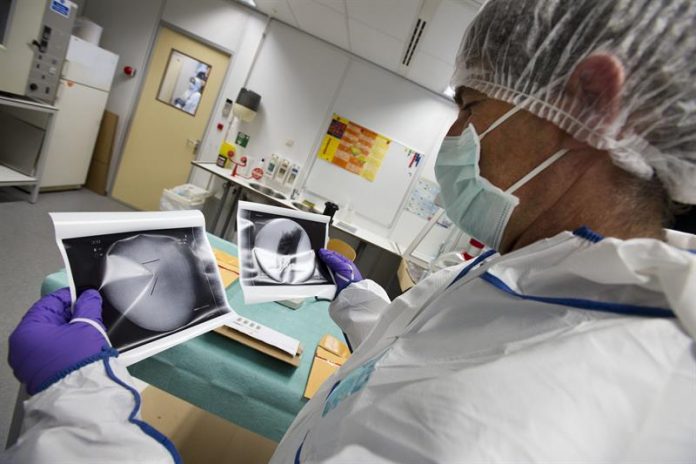 A university research center wants to become a reference for forensic practice in the US, and its first stone is 18 projects developed by academics and students that will be used by companies and agencies in this sector.

Knowing the time when a person died based on the analysis of a tooth (useful in common graves or political crimes) or identify a person by its smell are some of the projects developed by the brand new Center for Advanced Research in Forensic Science (CARFS, for its acronym in English).

According to Efe, its director, Professor at Florida International University (FIU) Jose Almirall, the idea is to bring together “industrial partners” such as forensic laboratories and academic researchers to “develop, implement and market Tools that benefit forensic investigation. ”

In addition to the FIU, Georgetown University, Northeastern University, the University of Southern Alabama and Texas A & M have been associated in this academic-industrial “pairing” with the FIU. Sector and government agencies.

This work, funded by the National Science Foundation (NSF) and the National Institute of Justice (NIJ), will focus on 50 teachers and an equal number of university students in an initiative that hopes to grow every year.

Of an initial proposal of 20 projects, the board of this agreement, which includes representatives of the FBI and the DEA, has approved funding for 18 projects, including the development of a manual kit for the detection of dangerous drugs and Avoid the risk of poisoning of police officers, or a breath test to detect if you have smoked cannabis.

“The proposed projects provide benefit to the courts by improving the quality of the scientific evidence that is finally used to convict a suspect of a crime or to exonerate an innocent person who has been convicted of a crime,” Almirall said.

This agreement has as direct beneficiaries the students, who, working closely with the partners of this industry, obtain an “exposure to real world problems” and “high visibility” in the sector, which will result in “innovation and Job offers, “says the academician, who is also director of the International Forensic Research Institute at FIU.

This university alliance, under the name of the Cooperative Research Center for Industry and University (IUCRC), has the collaboration of 24 government agencies and global private firms, or medium-scale firms, many of them Forensic laboratories.