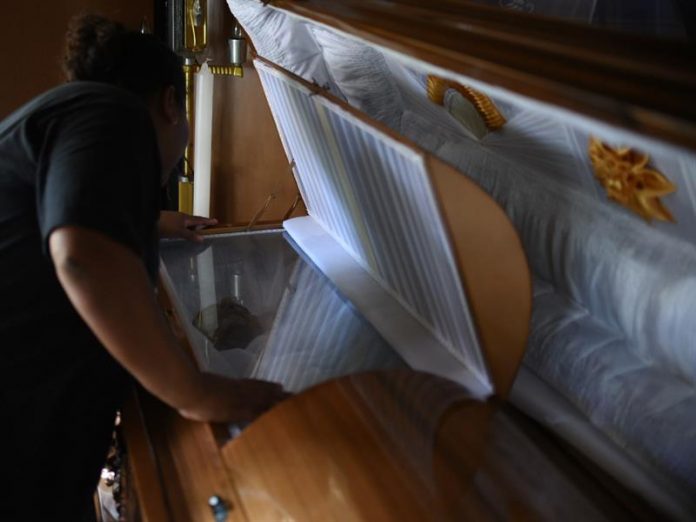 From his birth, the human being faces numerous losses that he learns to accept through grief, a process of emotional adaptation that, ultimately, is decisive to assume the death of oneself or a loved one.

There are “many types of loss and each one brings you to a duel. Mourning is the time you take to adjust, to adapt to the new reality,” Efe told the president of the Mexican Institute of Thanatology, Teresita Tinajero.

Humans begin to understand mourning with small losses, which may be natural or unnatural.

For example, a baby at birth assumes a first loss, the comfort of the maternal uterus, and must learn to order food for the first time.

A few years later, when she steps into school, it will be the mother who will suffer a sense of loss when her son gains autonomy.

Although not always involving pain and suffering, a loss of employment, the end of a courtship or being a victim of an assault also require a duel, added the specialist of this civil association founded in 1994.

Thanatology is a scientific discipline that is responsible for finding meaning in the process of death, its rites and meanings, addressing the concept from biology, psychology, society or bioethics.

“Today is much more than attention to death,” said Tinajero. Thus, everything that causes pain, suffering or worry is assumed through different stages.

The expert set the example of a patient who is diagnosed with brain cancer and given a life expectancy of three to five years.

First, he lives a phase of denial – he can not immediately digest the doctor’s words – he soon becomes angry and the patient becomes angry with himself.

There is also a stage of negotiation or bargaining, in which “feelings of guilt” are negotiated. The sick man entrusts himself to the Virgin, or the employee seeks to avoid dismissal.

It also falls into a stage of sadness or depression, which when confronted with death leads to a deep reflection on the “intentionality” of the acts themselves.

At the end of the grieving process – whether by a mortal case or not – there comes the longed for acceptance, when you assume reality and you seek, in one way or another, to find a satisfactory explanation.

These stages are lived by people who suffer “losses and those involved sentimentally, and do not go hand in hand”, as they are intermixing, he explained.

Ultimately, he added, there is the confrontation with death. Without fixed date, it is “the only certainty” and an “individual experience” and “irreversible”.

In the case of the death of an associate, the process of acceptance is characterized by a stage of affliction, which are a series of subjective actions to respond to the loss and include mourning, which is a physical manifestation, such as wearing black.

The duel is temporary, lasts about two years, and “is an active process,” explained Tinajero.

In this context, Thanatology-from Greek thanatos (death) and logos (study) -provides professional assistance to the patient with a terminal illness and to their families, or to a person who is experiencing some loss.

Thus, it prepares people to assume any kind of loss and allows the individual to make their own decisions related to the process of dying or their own life, among others.

Also help to avoid lawsuits, because whoever suffers from a loss usually “to revenge with the people close to him”.

In Mexico, death is understood differently depending on the region – rural or rural, for example – with the peculiarity that, in a nation plagued by violence, it is more everyday than ever.

“The newspaper is opened and you are dead,” said Tinajero.

However, the expert criticized that the Mexican State hardly considers the grieving process, nor does it have specific programs. Thanks to the work of your institution, some progress has been made.

“Before, when someone died, they would cover it and take the family away … We have managed to allow the family to say goodbye, because they are the last moments.” Purpose? “Let death be more human,” he concluded.

Escobar connects home run and defines the triumph of the Royals