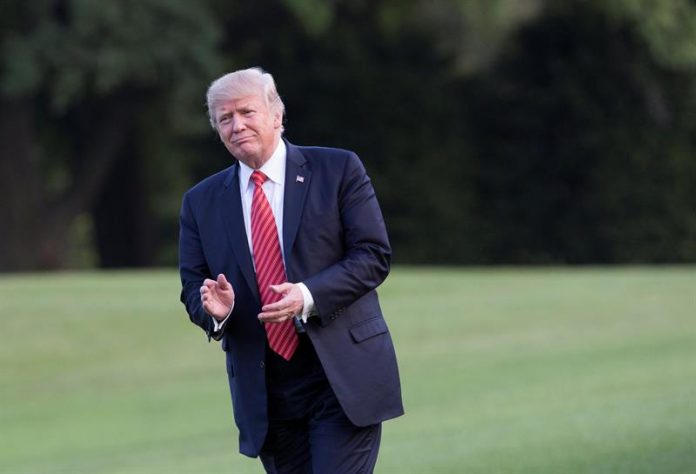 The White House announced today that President Donald Trump will travel to Texas on Tuesday to assess the damage of powerful hurricane Harvey, now a tropical storm and responsible for catastrophic floods.

“The president will travel to Texas on Tuesday. We are coordinating logistics with state and local authorities,” White House spokeswoman Sarah Sanders said in a brief statement.

“We continue to have those affected in our thoughts and prayers,” added Sanders, who declined to give details on the cities Trump will visit and the meetings the president could hold with emergency services and state and municipal authorities.

On Friday, the White House announced that Trump’s trip would take place early next week and this morning, Trump said on Twitter that he wanted to visit Texas as soon as possible.

“I’m going to Texas as soon as the trip can be done without causing any disruption. The most important thing must be life and safety,” said Trump, who travels with a large security device.

Hurricane Harvey is the first natural disaster facing Trump, and many analysts are therefore intent on assessing his command capabilities.

Trump said Saturday that he is trying to avoid the mistakes President George W. Bush made with Hurricane Katrina in 2005.

Bush was then heavily criticized for his late response to the devastation he left in New Orleans.

To avoid a similar situation, at the same time that the hurricane touched the United States, Trump signed a Texas disaster declaration, which allows him to send federal assistance to assist in the reconstruction work.

In addition, the Department of Health and Human Services said the public health emergency in Texas on Saturday and called on clinics and hospitals to treat patients who benefit from Medicare programs for people over 65, and Of Medicaid, for those with low incomes.

Trump spent the weekend at Camp David, in the mountains of Maryland, and today at 16.15 local time (20.15 GMT) he arrived at the White House.

Trump held another meeting with his cabinet today to coordinate the response to Harvey. Efe