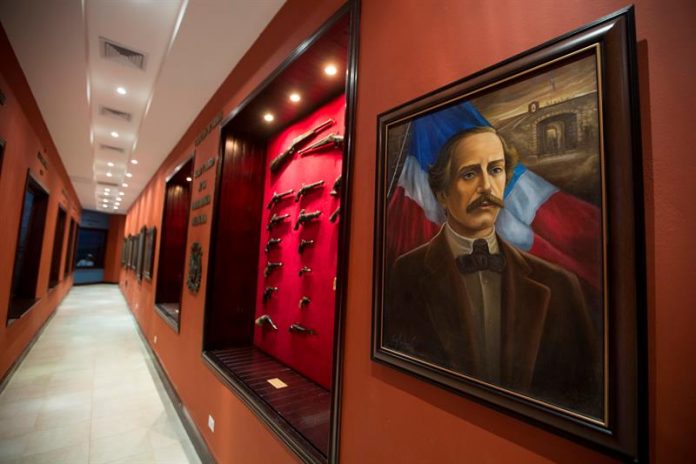 The Dominican authorities in New York warned today that they will be vigilant to ensure that the statue in this city of Juan Pablo Duarte, one of the fathers of the country, is not withdrawn.

The members of a commission created by the Dominican Chancellery to defend the statue said today that they will maintain “permanent vigilance” over the future of the Duarte figure.

The commission, created by Chancellor Miguel Vargas Maldonado, is made up of the country’s permanent ambassador to the UN, Francisco Cortorreal; The vice chancellor, Carlos Garcia, and the Consul Carlos Castillo.

“The Government of the Dominican Republic will be in permanent vigilance to prevent that the name of our patrician, Juan Pablo Duarte, will not be tainted,” said Castillo at a press conference at the Consulate, which was also attended by Councilman Ydanis Rodríguez, Dominican origin.

He emphasized that Duarte “has been one of the great leaders of America” ​​and that his contribution goes beyond what he did for his country.

The group told the mayor’s office about the creation of the commission after a local media indicated that the figure could be included in a list of statues and monuments whose permanence will evaluate a commission created by Mayor Bill de Blasio, causing concern and indignation in the community Dominicana

De Blasio will announce in the next few days the members of the group that will evaluate which statues should be removed from public properties as they are considered to suggest hatred, division, racism, anti-Semitism or that are contrary to the values ​​of the city.

The mayor made the decision after the racial incidents in Virginia, which prompted in several parts of the country the elimination of statues of Confederate leaders, who supported the permanence of slavery.

Council Speaker Melissa Mark Viverito recently called for the inclusion of Christopher Columbus’s statue of the popular Columbus Circle sector in Manhattan, facing the opposition of Italian-Americans who have said they will fight for their permanency.

The members of the Dominican commission said that in defending the statue of Duarte they are doing the same thing as the New Yorkers of Italian origin who defend the one of Columbus.

“The origin of the controversy (with Duarte) is in function of associating the independence movement with a segregationist movement in relation to Haiti, and nothing further from the truth.” The work of Juan Pablo Duarte is one of love, surrender, Solidarity, “said the vice chancellor.

Juan Pablo Duarte (1813-1876) led the fight for independence of his country along with Matías Ramón Mella and Francisco del Rosario Sánchez, the parents of the country, under a secret society that called La Trinitaria.

His statue, located at the beginning of Sixth Avenue, steps from the popular Chinatown, was a gift from the Dominican Government in 1978.

Councilman Rodriguez highlighted the growth of the Dominican community in this city, ensuring that they are one in eight New Yorkers. “We are not a group coming together or just arriving,” he said.

He added that in no Duarte document or in his poems “there is a pejorative word for the Haitians,” with those who share the Island of Hispaniola.

The Dominican commission, which will report to the Foreign Ministry, will meet next week with representatives of the Parks Department, which has under its care the statues and monuments in public places.