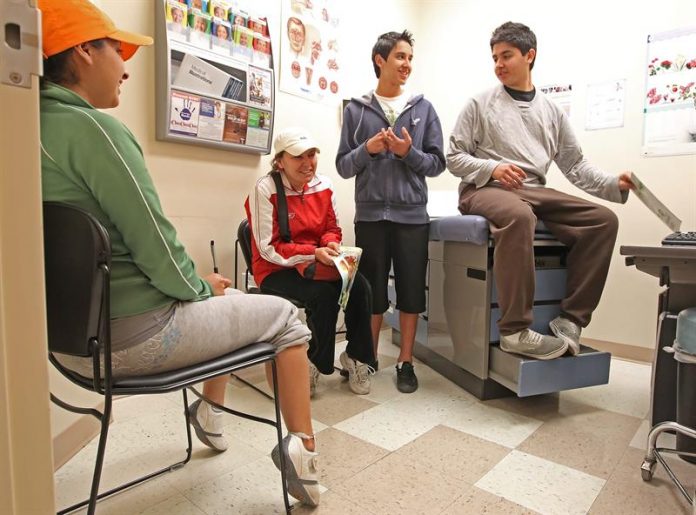 The disparity in access to health care has declined among whites and African Americans and Hispanics between 2013 and 2015, thanks to the Affordable Health Care Act (ACA), better known as Obamacare, which President Donald Trump has tried to end unsuccessfully.

The magnate came to the presidency with a pledge to abolish a law that, according to a study released today by the private foundation The Commonwealth Fund, has served to narrow racial and ethnic disparities in access to health coverage.

Obamacare has helped ensure that everyone, “regardless of race or ethnicity, has access to the health care they need,” said Pamela Riley, vice president of the fund.

Three-and-a-half million Hispanic adults and two million African Americans were eligible for health insurance for the first time, while the number of people in these groups reporting a lack of medical care for being unable to pay A consultation, according to the study.

It points out that the disparity between whites and Hispanics in health insurance was reduced by seven points, and four points between blacks and whites.

When comparing access to a regular health provider, the disparity between Hispanics and whites decreased from 24 to 21 points, and between blacks and whites dropped from 8 to 5 points.

We also studied the percentage of people who, because of a cost problem, can not visit a doctor when they need it, and in this case the difference between Hispanics and whites fell three points, and between African Americans and whites, two points.

Reducing disparities was greater in the 31 states and the District of Columbia that expanded coverage of Medicaid, the state’s health insurance for the poor.
Dr. Riley, who is co-author of the study recognizes that there are still difficulties for African Americans and Hispanics to have the same attention as whites.
In order to put an end to historical inequalities, “we must continue to focus our policies on the expansion of Medicaid to all states,” he said, and prevent the efforts of the White House and Congress to abolish Obamacare to eliminate historical gains in recent years .

Among the 19 states that have not yet expanded Medicaid are Florida, Georgia, North Carolina and Texas, where there are large populations of African-Americans and Hispanics.

The so-called Obamacare obliges people to contract private medical insurance under penalty of fine to reduce the cost of policies and increase coverage to the poorest, under 26 and people with prior conditions.

According to the Congressional Budget Office (CBO), an independent body within the Legislature, Trump’s health plan that seeks to replace existing law would affect some 22 million people who would lose health coverage by 2026.

Among them, about six million would be Hispanic, including more than one million Latino children.

The plan was blocked in the Senate by a single vote, with the rejection of Democrats and Republicans, reason why Trump announced that it will leave that “the Obamacare fails” and soon will elaborate a new health system, without giving details.

David Blumenthal, president of The Commonwealth Fund, said that whatever the fate of ACA, the study “shows its successes in expanding coverage and improving access to health care” for millions of African Americans and Hispanics.