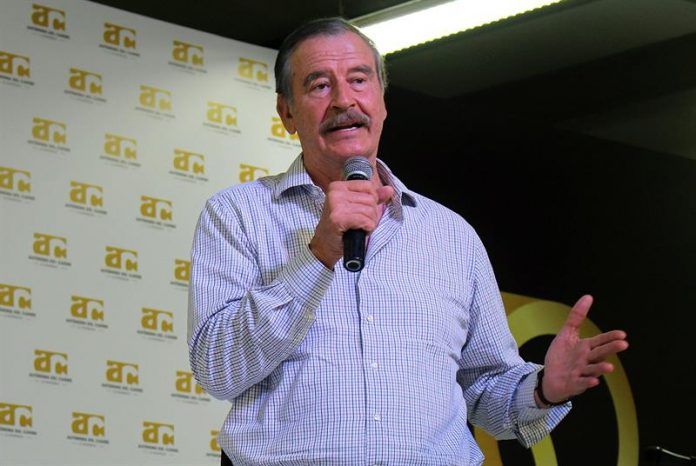 Former Mexican President Vicente Fox accused Venezuelan President Nicolás Maduro of committing crimes against humanity to perpetuate himself in power, responding to statements by Evo Morales in which he pointed to the Mexican for instigating a “magnicide.”

“Having a people living in hunger and fear in order to perpetuate themselves in power, that is a crime against humanity,” the president of Mexico disputed on Twitter in 2000-2006.

Fox also asked: “And who is going to hold Maduro responsible for the Venezuelan brothers fallen to this day?”, Responding to Bolivian President Evo Morales, who today said that if something happens to him “Maduro, it will be of responsibility “Of the Mexican politician.

Molares also said that “insinuating to make renounce or to kill a revolutionary is thought of the American empire, it is crime and magnicide”.

The messages of the Bolivian responded in turn to a statement made this week by the Mexican ex-governor on the Venezuelan crisis.

In Colombia, Fox indicated that the Venezuelan president resigns “or leaves with the legs ahead, in a drawer”.

The Morales government is one of the few in the region that has maintained its support for Maduro and has congratulated the work of the Constituent Assembly in that country.

Morales has also insisted on accusing the United States of generating violence in Venezuela with the alleged intention of provoking intervention to appropriate its natural resources.