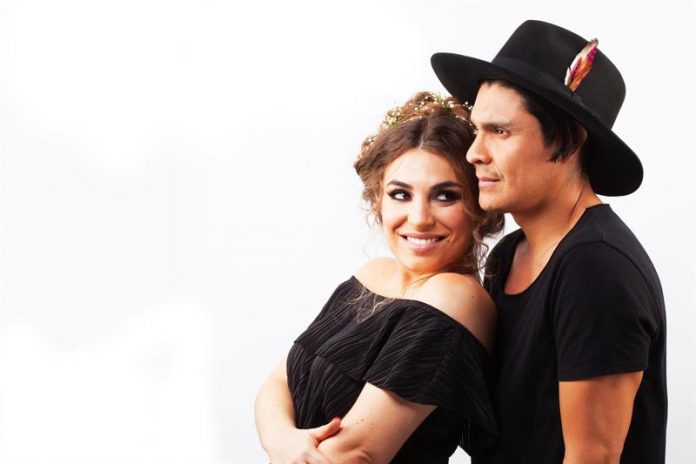 The duo Periko and Jessi have just reached over half a million listeners on Spotify with their new album, “Salt and Pepper”, which reveals the hit “Kisses of Caramel”, a contagious fusion of pop and cumbia that begins to climb The lists of popularity in the digital platforms.

One of the producers of the album is five times nominated for the Latin Grammy Award Javier Soto.

“We are very happy not only with the quality of the production, but with the welcome it is having among the public. It is more than the ukulele, hat or curls of Jessi,” the Peruvian singer, producer and composer Pedro told Efe Almeida, better known as Periko.

The couple attributes the success of this production not only to the unique sound of their voices, but to the lyrics of their songs, which are one hundred percent true, something that they assure adds an intimate and honest dimension to their music.

“Our lyrics are real, autobiographical, of things that we have lived. They are not invented themes, that’s why they touch the heart,” said the artist.

“Most of our songs are about things that happen to us, or that happen in the world, those themes of love and dislike that we all touch,” added the Argentine Jessi Leon, who began her solo career in 2009 with Release their album “Mudanza”.

The artists based in Miami, Florida, met in 2011 and the artistic crush was fulminant.

“We started singing together and the chemistry was instantaneous, the fusion of our voices was incredible. We realized that we had a unique sound and decided to join our careers,” Periko said.

The other chemistry, that of the heart, came a little later.

“We discovered that we are different, but we complement each other. The music brought us together,” Periko said, adding that this is precisely the song “Sal y pimienta”, the title track.

At the moment the couple nominated to the Latin Grammy Award in the category Best New Artist promotes their new album in the United States and prepares to participate in “Venezuela sueña”, a multistelar musical event of solidarity with Venezuela that will take place on September 2 in Miami.