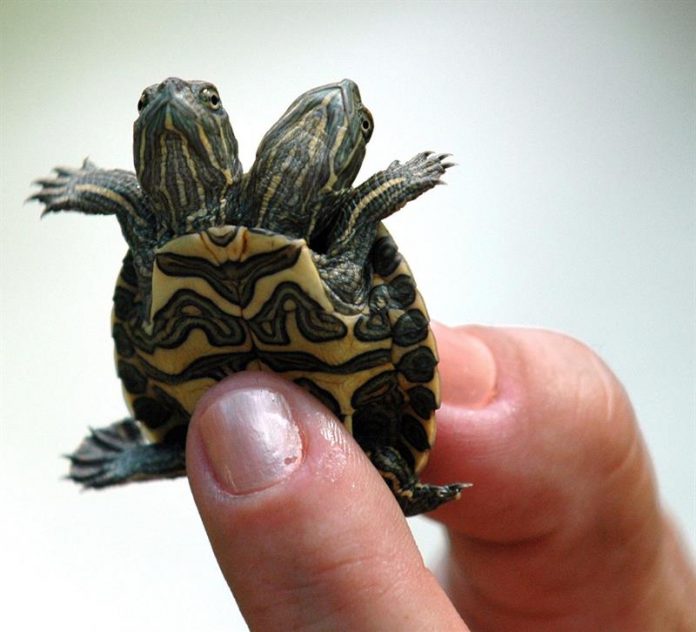 A team of biologists from Central Florida University (UCF) found a turtle hatchling with two heads in a nest on a beach in Brevard County, local media reported.

Scientists at UCF-based Marine Turtle Research Group conducted observation and analysis in a series of turtle nests last week when they found the two-headed specimen, picked up WFTV9.

The two-headed turtle, where each head is independent and both share the same shell and the same four limbs, appeared when excavating nests to determine the number of eggs laid and how many pups came out.

Scientists said the small turtle was healthy and released at sea.

Kate Mansfield, a laboratory director at the Orlando-based academic center, said that, despite being an unusual phenomenon, the group of experts had already found two turtles two years ago.