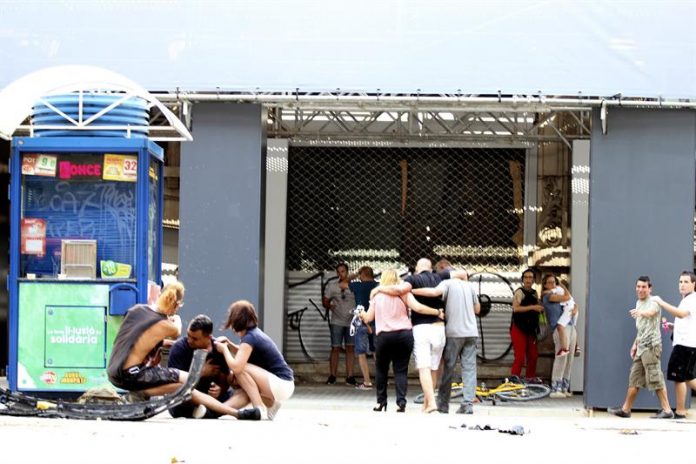 A jihadist attack in Barcelona today killed at least 13 people and wounded a hundred – 15 of them very seriously – when a van hit dozens of pedestrians in a central tourist area of ​​this city in northeastern Spain, the regional authorities said. Catalonia.

The terrorist group Islamic State (EI) claimed the attack in a statement released by its related agency, Amaq, although its authenticity could not be verified.

This is the second time that jihadist terrorism has hit Spain thirteen years after Madrid suffered the largest mass killings in Europe, with 192 deaths and about 1,500 wounded in the wake of the explosion of eleven bombs In four commuter trains in Madrid.

Security forces have so far detained two people in connection with the Barcelona bombing.

One of them would be a young man of Maghrebi origin with legal residence in Spain who would have rented the white van with which the victims were wounded in Las Ramblas, one of the busiest places in the city and a large tourist influx, according to police sources.

Shortly after the attack, a suspect who had missed a police checkpoint was found dead in his car, two miles from where police had attempted to arrest him.

The crash occurred after 15:00 GMT, when the van began to move at high speed “doing that” and assaulting passers-by, according to a witness. 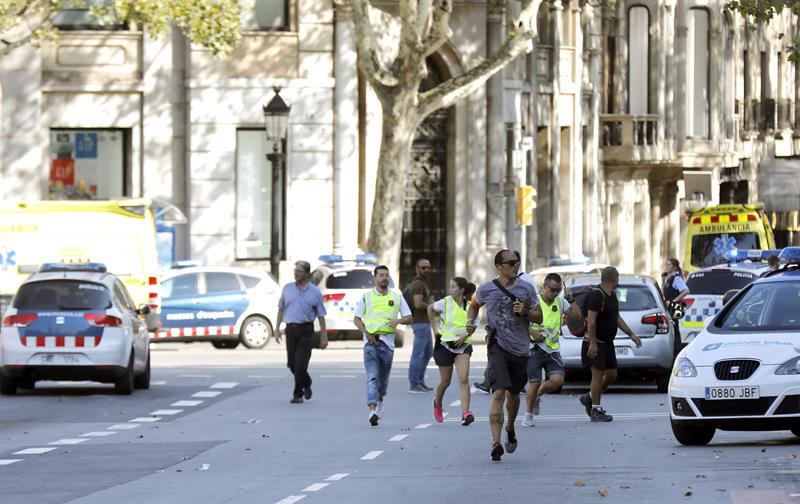 “Most of the wounded could not be raised and there were a lot of people bloody on the ground,” one local worker said.

Apparently, the van that caused the attack left Las Ramblas subway station, circulated in the central lane of this avenue and hit several vehicles on the route, which ended practically at the entrance of the Liceu (Barcelona opera).

Security forces cordoned off the area while health emergency teams deployed a wide-ranging victim assistance device, many tourists, who were admitted to several hospitals.

At first, the regional government of Catalonia recommended avoiding to leave the public road in the area of ​​the Plaza de Catalunya, where Las Ramblas start, given the seriousness of the events.

Metro and railway stations in the area were evacuated and closed.
In the neighborhood of Las Ramblas and Plaza de Catalunya there were scenes of panic, with people running very frightened, taking refuge in shops and houses after the outrage.

The area of ​​the event is one of the busiest points in the city, especially for tourists, and a link between several public transport and a place with great commercial activity.

The attack occurred near the source of Canaletas, where fans of Barcelona Football Club usually meet to celebrate the titles achieved by this team, and the famous market Boqueria.

The situation in the center of the city, hours after the attack, was marked by trauma and in silence. The streets were desert-like, the tourists had locked themselves in the hotels, and the metro and train stations were still closed.

The National Court, the court charged with terrorist offenses, will investigate the attack, which provoked the condemnation of the international community and in Spain.

The king of Spain condemned the attack with a message on Twitter: “They are murderers, simply criminals who are not going to terrify us” and “Toda España es Barcelona”.

Spanish Prime Minister Mariano Rajoy, who moved to Barcelona to monitor events, also said on Twitter that “terrorists will never defeat a united people who love freedom against barbarism.”