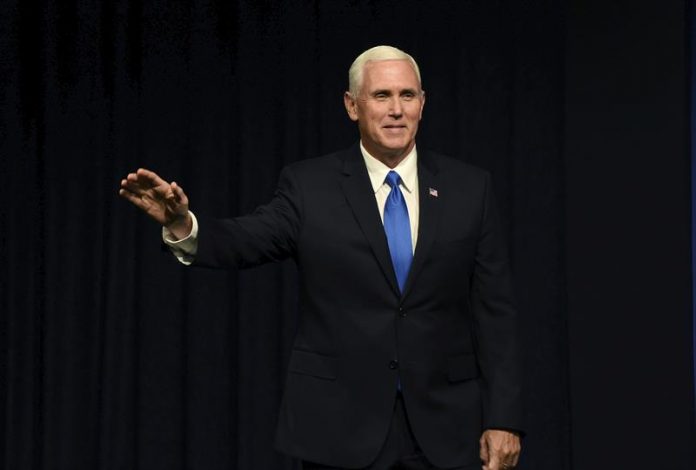 US Vice President Mike Pence will start a Latin American tour tomorrow to take him to Colombia, Argentina, Chile and Panama, the highest level visit to the region of the new Administration, and following the announcement of President Donald Trump of Not rule out the “military option” in Venezuela.

“The situation in Venezuela demonstrates the division between the future and the past of Latin America,” said a senior White House official, who asked to remain anonymous in a conference call before starting the trip.

“Colombia, Argentina, Chile and Panama represent the future, the future of freedom, opportunity, trade and growth, while Venezuela goes into the past of dictatorships and oppression,” he added.

In this way, Pence will seek to highlight Trump’s commitment to Latin America and strengthen the multilateral effort to isolate Venezuela, immersed in a deep economic crisis and with the recent establishment of a National Constituent Assembly that Washington considers “illegitimate.”

“The important thing about these four countries is that it is a multilateral and regional approach. We have been firm in both words and deeds against the regime (of Venezuelan President Nicolás) Maduro, and it is important to join others in the region,” added the official , Who highlighted the various rounds of economic sanctions of the US Treasury. To senior Venezuelan officials, including Maduro.

Colombia, Argentina, Chile and Panama were part of the group of 12 countries that signed this week the Lima Declaration, in which they affirm that they will not recognize any decision taken by the Venezuelan Constituent and that it is not endorsed by the opposition majority parliament, To which they still consider the only legitimate legislative power of the country.

Therefore, the US Vice-President “will express to the four (presidents) the support for the important economic reforms in the region, and will share concern about the disturbing collapse of democracy in Venezuela.”

While Washington has given priority to diplomatic efforts, the untimely suggestion of Trump’s military option last night at a short press conference at his golf club in Bedminster, New Jersey, where he spends his summer vacation, has raised questions about Of the US course.

Pence will have the intricate work of balancing the political emphasis with last night’s military tactic of Trump.

The vice president will begin on Sunday and Monday his trip to Colombia, where he will visit Cartagena de Indias and Bogota, and offer President Juan Manuel Santos “US support in the country’s efforts to face some serious challenges to implement its agreements. peace”.

He will also underline “the useful role that Colombia is playing in order to increase the pressure on the Maduro regime.”

Later, Pence will move to Argentina on Tuesday to meet with President Mauricio Macri, who will congratulate “for his daring agenda of reforms, and the resurgence of Argentina in a position of global leadership.”

From there, he will travel to Santiago de Chile on Thursday to meet with President Michelle Bachelet, where “we will recognize Chile as a leader and model of an open economy and its solid and stable democracy,” he said.

Of the four leaders, Bachelet is the only one with whom Pence has not had the opportunity to see, as both Santos and Macri and the Panamanian president, Juan Carlos Varela, have made official visits to Washington.

Finally, he will travel to Panama on Friday where he will emphasize the “successful” trade agreement and strong ties to security, and will again discuss the necessary “support for democracy” in Venezuela.