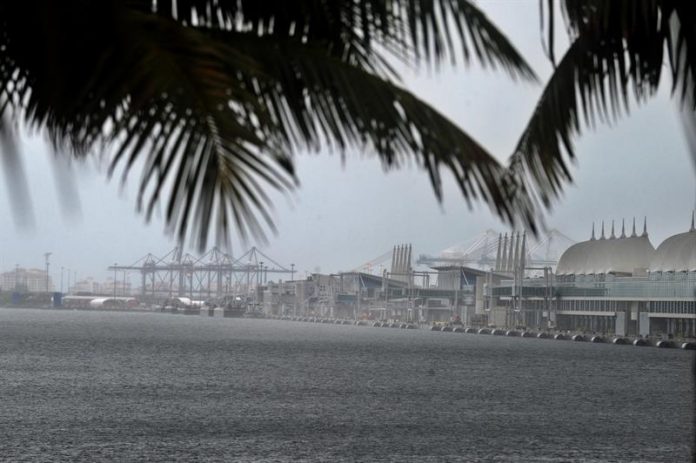 The damages that can cause in Miami a hurricane like the devastating Andrew, which turns 25 years this month, total between 100 billion and 300,000 million dollars, according to calculations released today by the insurance industry.

After the University of Colorado predicts that the odds of a hurricane impacting Florida this season are 60.7% and within a few days of Andrew’s birthday, Swiss Re insurer warns that Miami is More vulnerable than ever to the forces of nature.

The insurer conducted the study published today based on its own model for assessing cyclone catastrophes in order to answer two simple questions: What would be the impact of Andrew today? And what would have happened if that hurricane had landed in Miami?

Andrew, the “Big One,” as he was called in his day, did not impact directly on Miami, but on Homestead, a city with a predominantly agricultural economy that lies 20 miles (32 km) south and was devastated.

Formed in the Bahamas as a tropical storm, Andrew reached the top 5 on the Saffir-Simpson scale and with that power hit Homestead on August 24, 1992.

Andrew’s wind gusts, which were felt throughout Miami-Dade County, reached speeds in excess of 161 mph (260 km / h).
65 people were killed by this hurricane, which destroyed more than 25,000 houses and caused damage to another 100,000.

The damage amounted to $ 26.5 billion, of which only $ 15.5 billion was covered by insurance, Swiss RE says in its study.

In Miami, damage from a major hurricane would be $ 100 billion to $ 300 billion, which is tantamount to saying the most costly natural disaster in history in the United States.

The insurer estimates that the damage to uninsured properties would be 60,000 to 180,000 million (included in the total), an economic “hole” of unusual proportions.

The main reason is the population increase in Miami, which has grown more than 35% since 1992, and the consequent increase in the value of the properties that the city concentrates, says Swiss Re.

The last hurricane that caused major damage to its passage through Miami was “Wilma” in October 2015, a very active year from the cyclonic point of view.

The destruction caused by Wilma, which hit Miami with winds of up to 124 mph (200 km / h), paralyzed businesses, businesses, airports and virtually all commercial activity.

The city was curfewed for eight days because of the looting and robberies that occurred after the hurricane struck, the light went out and the security alarms ceased to function.

In October 2016, something like the ferocious Matthew was expected, which in Haiti alone caused nearly 600 deaths and cost the United States tentatively valued at $ 10 billion, but Miami was only grazed by the rains associated with that hurricane .

“Andrew left tremendous losses in Florida and it is disturbing to think what would happen if such a hurricane touched the region today,” said Marla Schwartz, co-author of the study and specialist in atmospheric hazards.

For Schwartz, however, the question that needs to be asked is not whether an eulogy of Andrew would impact Florida, but when.

Weather forecasts indicate that the records of the current cyclone season in the Atlantic basin will be “above” normal.

The National Oceanic and Atmospheric Administration anticipates the formation of 11 to 17 tropical storms, of which between 5 and 9 will become hurricanes and between 2 and 4 will be of major category.

Colorado State University, another entity specializing in this field, last Friday revised its forecasts, which coincide in pointing to a greater activity because the water temperature in the Atlantic is abnormally high.

Its forecast is 16 named storms, of which eight will hit hurricanes and three of them will be of the highest category, with winds of at least 111 miles per hour (176 km / h).

In Florida, the chances of a hurricane to hit by November 30, when the season ends, are 60.7% and that the hurricane is 26.5%, according to the university.

The first tropical storm of 2017 was Arlene, who formed last April more than a month before the start of the season, followed by Bret and Cindy, then an “unnamed storm,” Don, Emily and now Franklin, who Is affecting Mexico and Central America.