Djokovic, detained in Australia awaiting the hearing with the Federal...

Rafa Nadal tests positive for COVID after returning from Abu...

Nadal: “If I am healthy I still have the inner...

Roger Federer, the second favorite, won two sets to Spaniard Roberto Bautista (6-4 and 6-4), to reach the semifinals of the Masters 1000 of Canada, where will be measured to the Dutchman Robin Haase, hangman of the Argentine Diego Schwartzman.

Federer, winner of the Australian Open and Wimbledon, took an hour and eight minutes to win for the seventh time to the Spaniard, who could never put on his side any confrontation with the Swiss. Bautista kept the guy until the ninth game of the first leg and there he undid the game.

The Swiss, champion of the competition in 2004 and 2006 and finalist in three other editions (2014, 2010 and 2007) no longer loosened. It broke the service of the Spaniard, twelfth seed in the first two games of the second and led the final victory.

Federer, who after the elimination of Rafael Nadal, has between eyebrow and assault the number one in the world, will face in the semifinals Robin Haase, who won Schwartzman in the first duel of the session.

The Dutchman, who has never fallen with the Argentine, overcame the initial advantage of Schwartzman, 36 of the world, to achieve the victory in two hours and three minutes. Haase has only played on one occasion with Roger Federer in the Davis Cup tie between Switzerland and the Netherlands in 2012. The Basel player won the triumph in three sets. 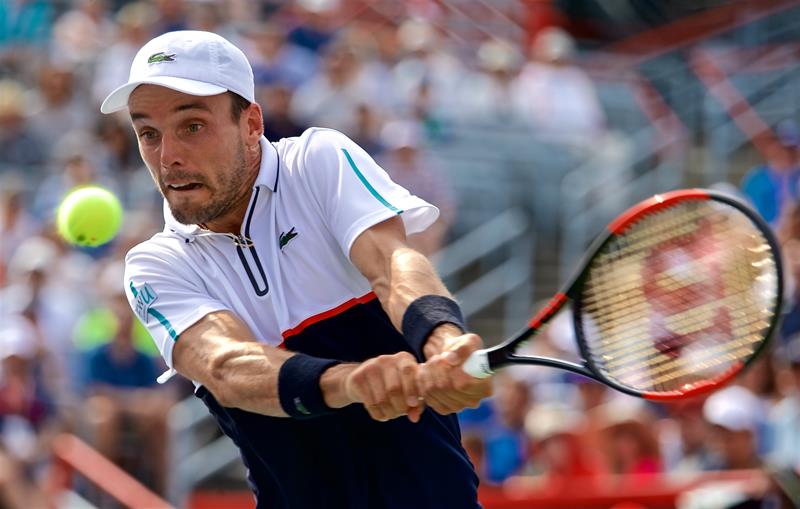 Canadian Denis Shapovalov continues unstoppable at Motreal. After leaving out Nadal in the eighth his next victim was the French Adrian Mannarino, who won by 2-6, 6-3 and 6-4 in two hours and 25 minutes of game.

From the enthusiastic old ladies of "Poms" to the endearing but insecure young people of "Booksmart", Hollywood has recently turned to female friendship with...

In the hustle and bustle of Park Avenue, one of the most emblematic avenues in New York, the Spanish painter Lluís Lleó has installed...

US Secretary of Security Alejandro Mayorkas tests positive for coronavirus

The Secretary of Homeland Security of the United States, Alejandro Mayorkas, has tested positive for coronavirus, despite having been vaccinated, as confirmed Tuesday by...

By Hugh Bronstein | BUENOS AIRES (Reuters) - Former Argentine President Cristina Fernandez was indicted on Tuesday on charges she ran a corruption scheme with...

R. Kelly discloses a song in which he recognizes errors but denies pedophilia

R & B singer R. Kelly today released a new song in which he rejects the accusations of sexual harassment and pedophilia that he...