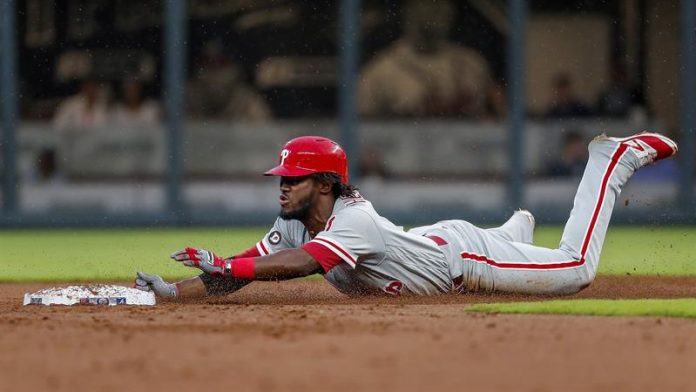 Venezuelan ranger Odubel Herrera threw the ball into the street and helped the Philadelphia Phillies beat the Atlanta Braves 5-2.

The Phillies, who rank 41-69, the worst in the National League, continue to control the Bravesm since of their 41 wins, 10 have been against the Atlanta Novena.

Philadelphia has a 10-2 record against Atlanta, including a “sweep” series of four games against 28-31 July.

Herrera (12) played the tolete in the fifth episode against the opener of Colombian opener Julio Teheran, with a runner in base and one out in the episode.

The win was scored by starter Zach Eflin (1-3) in seven innings, conceding seven hits, a home run and two runs.