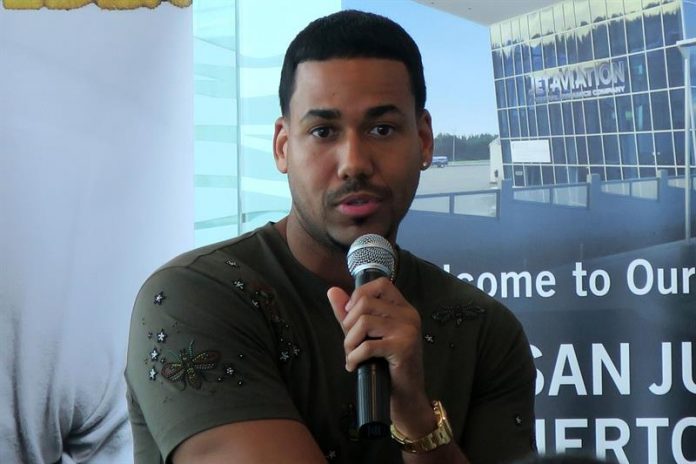 Romeo Santos said today in San Juan, where he will sign autographs for his new album, “Golden”, that the success of “Despacito” by Puerto Ricans Luis Fonsi and Daddy Yankee “should make all Latino artists proud.”

“The phenomenon of ‘Slowly’ is something that all Latino artists should feel very proud,” said Santos, a Dominican father and Puerto Rican mother, at a press conference upon his arrival in San Juan.

“Despacito” was number one on Billboard’s Hot 100 chart for the eleventh consecutive week and is thus close to the 14-week record set by Spanish duo Los Del Rio with “La Macarena” in 1996.

In addition, the song most played in “streaming” of all time remained at the top of the songs that most sound on US radio, digital sales across the country, playback on digital platforms, Pop Songs and is still considered the song of the summer.

However, the song “Imitadora”, included in Santos’ new album, dethroned from the top of Billboard’s Latin Airplay list to “Despacito”, which nevertheless served ten consecutive weeks in front of The Hot 100.

Santos, the so-called King of Bachata, thus became the first to beat “Despacito” in this list in the past 25 weeks and also debuted in first place in the Tropical list Songs with this theme of his album “Golden “.

“I feel very blessed and grateful for that,” said Santos, who counted on his new production with a wealth of collaborations, which included Daddy Yankee, Nicky Jam, Julio Iglesias, Juan Luis Guerra, Ozuna, Swizz Beatz and Jessie Reyez.

“King of Bachata”, who shot to fame with the “Adventure” group, which was their lead vocalist, his new project “is like a buffet of music,” with themes of love, heartbreak, sex or topics social. EFEUSA