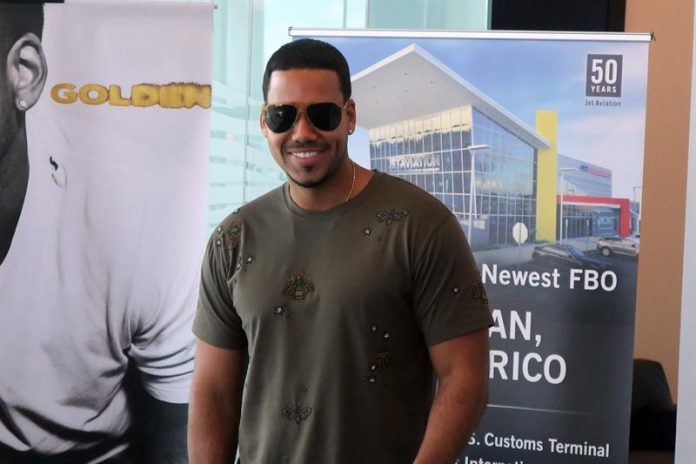 The artist Romeo Santos, a Puerto Rican mother and Dominican father, admitted today in San Juan, where he signs autographs of his new album, “Golden”, that his main purpose in life today is to “sell music” and to stay away from having a romantic relationship .

“I’m only interested in selling music,” Santos said at a news conference on his arrival in the Puerto Rican capital, before signing autographs to his followers at a shopping mall.

Without releasing a pledge if he maintains a romantic relationship, the artist said that he speaks to his son, Alex Damian, about love, but that this indicates that he is “shy” for it to what he advises to be the same in the relations.

Santos has been waiting for three years to publish his new production, which features 18 songs, and in which six collaborations include renowned artists such as Julio Iglesias, Juan Luis Guerra, Daddy Yankee, Nicky Jam, Ozuna, Swizz Beatz and Jessie Reyez .

The song with Iglesias is “El amigo”, with Guerra recorded “Carmín”, next to the reggaetoneros Daddy Yankee and Nicky Jam made “Bella and sensual”, with Ozuna made “Overdose, while with Swizz Beatz and Reyez recorded” Premio ” And “A flight to”, respectively.

The Santos album also includes the song “Ay bendito”, a well known phrase used by Puerto Ricans, and includes in it the four Puerto Rican played by Alvin Medina.

“I always wanted to make a song that talked about the Puerto Rican artists,” said Santos, who is known for his participation with Puerto Rican reggaeton artist Don Omar on “Ella and me”.

“I know a lot about jíbara music and that style, and the musical essence is very organic,” said Santos, who for the moment celebrates that the song “Imitadora”, included in “Golden”, dethroned from the highest From the Latin Airplay list of Billboard to “Despacito”.

Santos, the so-called King of Bachata, became the first to beat Despacito on this list in the last 25 weeks, and also debuted at number one on the Tropical Songs chart with this track from his album “Golden “.

In addition to dedicating himself to his career, Santos is also in charge of the Latin division of the company “Rock Nation” of rapper Jay Z, for which he recruits artists and guides them.

“My responsibility is to bring my wisdom to these young people that we have signed. I only give them suggestions and I accept that they can express me musically speaking, so I am very little controlling,” he said.