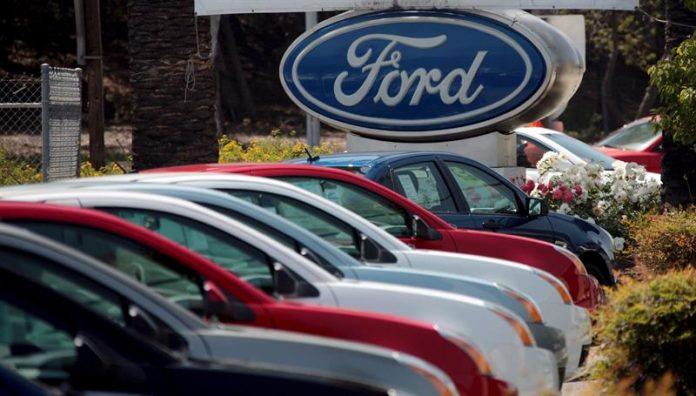 Following the release of first-half financial results, carmakers are worried that the expected fall in July sales figures in the United States, which will be known on Tuesday, continue to adversely affect their finances.

It looks like there will be no good for manufacturers, according to analysts.

The firms J.D. Power and LMC Automotive have indicated that July sales in the United States will be 5.4% lower than those of the same month of 2016, with the delivery to consumers of 1.44 million new vehicles.

Another automotive analyst firm, Edmunds.com, expects the drop in sales to reach 6.2%.

If confirmed by analysts on Tuesday, the decline in sales in July will be the seventh consecutive month in which the US market sustains losses, which is beginning to worry the sector.

The vice president of J.D. Power, Thomas King, said in a statement that “although the retail sales rate will again see losses in July, the main concern remains the continued deterioration of key industry health indicators.”

King explained that as brands begin to reduce the economic incentives they offer from the US national holiday on July 4, with the advent of new models, “this year, high inventories coupled with the slowdown in sales Have forced to maintain aggressive discounts “.

The fall in sales and the need to maintain the incentives to take to the streets the inventory accumulated in recent months will further affect manufacturers’ profit and loss accounts in the second half of the year.

For example, General Motors (GM) and Ford, the two leading US manufacturers and more than ever dependent on the good results of North America to maintain the health of their accounts, reported last week the fall in profits in the first half of the year. year.

GM reported that its net profit fell 11.4% in the first half of 2017, after the 42% reduction in the second quarter of the year.

Not only the coffers of US manufacturers are suffering from the worsening of the domestic market landscape.

Japanese and South Korean manufacturers are also reflecting increased spending to boost sales of their products in the United States.

For example, the Nissan group is spending $ 4,086 in incentives for each vehicle it sold in the United States in June, according to figures from Autodata.

Faced with declining demand, GM has decided to extend the traditional summer break of at least four of its assembly plants to control product inventories after the number of its vehicles produced waiting in the country’s dealerships in June reached its peak Highest in 10 years.

GM has announced that it will expand the planned stoppage of the plants producing the Chevrolet Cruze, Malibu, Impala and Bolt, four of the maker’s sedans.

The case of the Bolt electric vehicle, which has sold almost 7,600 units in the first six months of the year, is especially significant because of the success of its main competitor, the Tesla Model 3.

The Bolt is the first mass-produced electric vehicle to be sold in the United States with a range of more than 320 kilometers and priced at around $ 35,000.

The basic version of the Tesla Model 3 has the same characteristics (320 kilometers range and a price of $ 35,000).

But the Tesla vehicle, which the luxury electric vehicle manufacturer delivered the first 30 units on Friday, has a firm order backlog of more than 400,000 units.