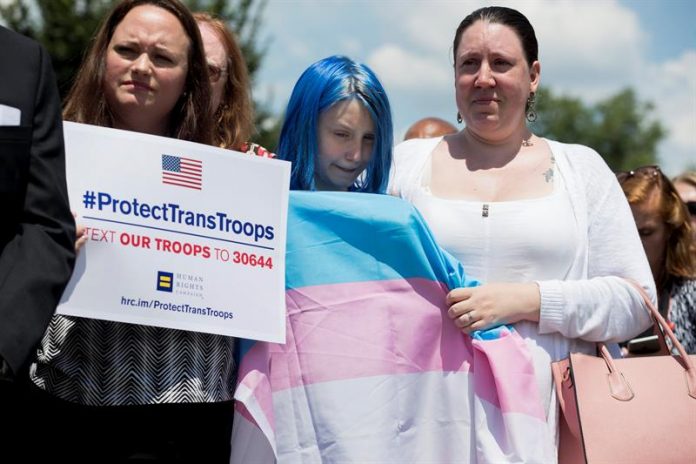 Former Vice President Al Gore told Efe that he disagrees with President Donald Trump’s decision to stop transsexuals from serving in the Armed Forces: “This is not a dictatorship,” he said.

“I do not agree,” said Gore when asked by Efe about the announcement made today by Trump on Twitter.

“This is part of a pattern in him, he writes something of a blow on Twitter without consulting, in this case with the Pentagon.It is not even clear that he can do something like this.This is not a dictatorship.It is not his choice” “Said Bill Clinton’s vice president between 1993 and 2001.

“The most important thing is that all these distractions are preventing political results from being achieved,” said Gore. “Their goal should be to lead the country to meet the challenges ahead, the first of which is the climate crisis.” .

Trump announced today that he has decided not to allow transsexuals to serve “in any capacity” in the country’s Armed Forces, without specifying when that ban will go into effect and reversing the opening ordered last year by Barack Obama’s government .

The president made the announcement in his personal account of Twitter and detailed that, after having consulted with his “generals and military experts”, his Government “will not accept nor allow” citizens to “serve in any capacity” in the Armed Forces.

The Armed Forces were opened “with immediate effect” to transsexuals in June of 2016 by Obama’s decision, but the recruitment of transgender people was to begin next January after a forecasting process.

Trump has not specified when or how the ban will be applied and how it will affect transsexuals already inside the Armed Forces, whose number ranged from a minimum of just over 1,300 to about 6,600 within a total of 1 , 3 million members of the military, according to a study commissioned by the Pentagon.

Gore’s statements are part of an interview with the politician with EFE about the premiere of the documentary “An Inconvenient Sequel” in cinemas starting Friday.

“An Inconvenient Truth,” directed by Davis Guggenheim, won the Oscar for best documentary in 2006.