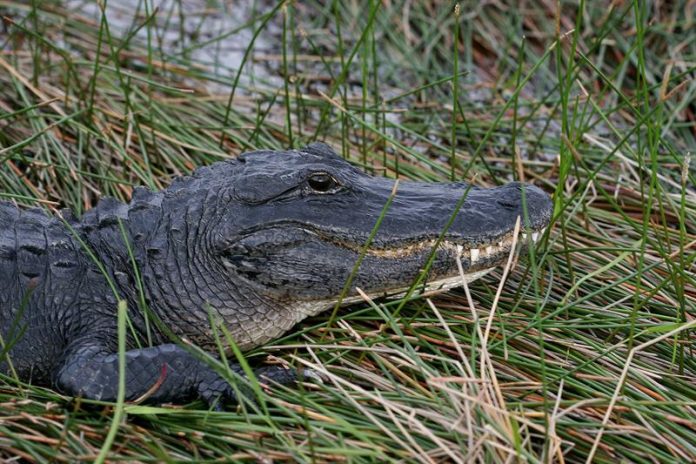 The man who was hospitalized after being bitten by a caiman on a pond in Charlotte County, Southwest Florida, has lost one finger, two of a foot and a testicle, a local media reported Monday.

Frederic Iman, a beggar of 68 years, was bitten multiple times while bathing in a large pond of Port Charlotte by a caimán that caused serious injuries, although none of them fatal.

Iman told Count on 2 First that before bathing in the pond, as he has been doing for a dozen years, he took the precaution of looking around, but he did not notice any danger.

Suddenly, he felt the alligator attack behind him, turned and hit the reptile in one eye to try to free himself, but the animal pulled him in, he explained.

Finally, the man managed to free himself from the caiman, reach the street and approach a hospital, where, after alerting 911, was airborne to Lee Memorial Hospital.

As a result of the attack, Iman, homeless for a score of years, lost the index of his left hand, two toes and a testicle.

“The thing that hits me most emotionally is that I’m only 24 hours a day of the week all year long, and I think being a self-taught professional in the healing arts deserves something better than this,” he said.

Iman, once released from hospital, plans to return to Port Charlotte.
“It’s what happened and I have to deal with it.I have to go back to the streets, still having lost several fingers.It’s not nice,” he complained from his hospital bed.

Lee Memorial continues to care for Iman’s health, even though he explained to doctors that he does not have the financial resources to handle the hospital bill.

The Florida Fish and Wildlife Conservation Commission (FWC) estimates that more than 1 million American alligators populate the state of Florida, reptiles that can exceed 14 feet in length and weigh more than 1,000 pounds.
With the attack on Iman, there are already four attacks of alligators recorded in southwest Florida so far this month.

Among them is the happened last 10 of July, when a woman of 71 years was hospitalized after being bitten in an arm and the legs by a cayman of about ten feet of length in a leafy urbanization next to a natural park also in the coast Southwest Florida.

Earlier this month, a ten-year-old boy was bitten by a caiman at Pace River in Arcadia, DeSoto County, and a 51-year-old woman had to be hospitalized after being bitten on the arm the same day while picking up a Golf balls on a lagoon in Rotonda West.