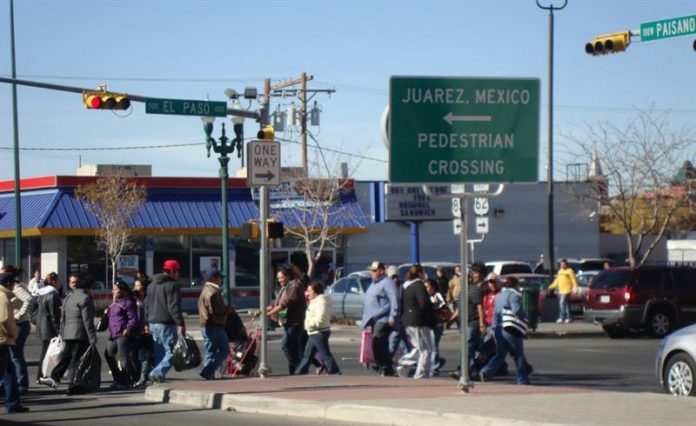 Despite the economic growth and low unemployment in the country, 61% of Latinos are considered poor in liquid assets, lacking savings to deal with an emergency, according to a study presented today.

The Scorecard indicator, developed by the non-governmental organization Prosperity Now, states that both Hispanics and African Americans do not have access to quality jobs that pay more, enable them to pay bills and save for the future.

This occurs despite the fact that in the first quarter of the year the US gross domestic product (GDP). Grew at an annual rate of 1.4% and the unemployment rate is at a low of almost two decades, at 4.4%, and at levels close to full employment.

According to the study, only a few seem to enjoy economic progress and can tackle the economy train that gains speed towards a bright destination.
In this metaphor, “not many people who work hard and are abandoned on the platform of the station, seeing how the train disappears in the distance,” Lebaron Sims, one of the authors of the report, told Efe.

“African-American and Latino homes have a hard time getting to the platform, but it’s virtually impossible for them to board the train and enjoy a smooth ride, without bumps and delays,” he said.

Indicators that lead to their scorecard “dig under the surface” and suggest that unemployment has declined in the United States, but remains “persistently high” among color workers, particularly African-Americans (7.1%).

The same is true of the level of poverty in these households, with 24.8% among African Americans and 22.2% of Latinos, groups stuck in low wages and barely manage to survive.

The Scorecard 2017 includes for the first time the measure of income volatility, which examines the stability of money entering households month by month.

In this sense, one in five households experiences moderate to significant income fluctuations, making it difficult to cope with any financial difficulties.

By 2016, 44% of households did not save for emergencies and had to appeal to resources intended for long-term plans, such as retirement accounts.

“Low-income families are not prepared to face a financial crisis,” Sims said.

This means that even if they sold all their possessions, they would not be able to replace a minimum income necessary to survive for three months.

Overall, nearly 20 million households in the country (16.9%) do not have liquid assets, or the balance is negative, which means they owe more than they own, Sims said.

According to the indicators, real estate ownership rates largely explain the disparity in liquid asset levels between white and colored households.

They point out that because of decades of discriminatory practices in real estate and financial services and unfair policies at all levels of government, 40.9% of African Americans and 45.2% of Latinos own their home , Compared to 71% of whites.

Scorecard suggests new local, state, and national policies to help minorities approach prosperity and sustain it for generations to come.

These include economic strengthening of household incomes, savings plans, better jobs, and an increase in the minimum wage, particularly in the service industry, and facilities for access to housing, which is already practiced in 47 states and the District of Columbia.

In addition, in the United States there are 55 million workers who do not have access to employer-sponsored retirement plans, beyond the minimum income that Social Security can offer, of which 41% are African American, Latino and Asian, according to Scorecard.

Andrea Levere, president of Prosperity Now, said the data show a “generalized financial fragility” in the country, with families struggling to get over but feel that they are falling behind more and more.

“For a long time we allowed people to stay on the platform, while accelerating the locomotive of economic opportunities,” he said in a teleconference.