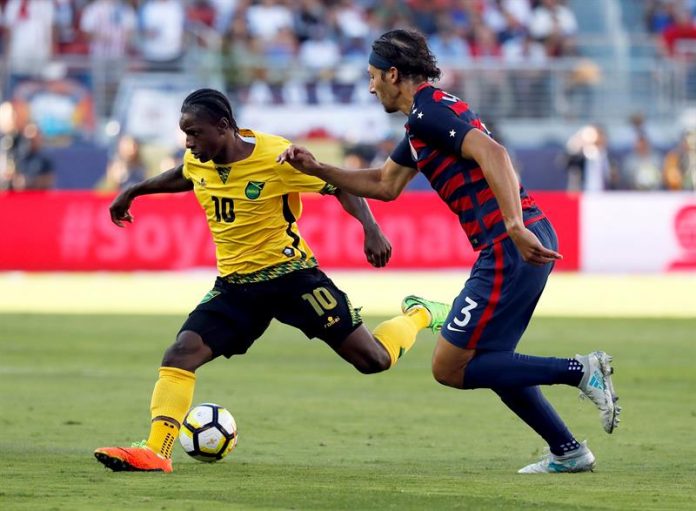 The United States were crowned champions of the Gold Cup by winning the sixth title in 14 editions that have been disputed and regained supremacy within the region of Concacaf.

The big loser was Mexico, with seven Gold Cup titles, could not maintain their status as a leader in CONCACAF football, and on the contrary, the elimination in the semi-finals against Jamaica (0-1) – the selection that put the Emotion, has left the Tricolor immersed in a serious crisis of football identity.

True, the 2-1 win against Jamaica in the final was nothing spectacular, on the contrary, with the exception of the two goals they scored, the first Jozy Altidore, a free kick (m.45), and the second and Decisive at 89, Jordan Morris, United States football returned to be “basic”, meet the fundamentals of sport king, but very practical.

That is the school of veteran trainer Bruce Arena, back in the second stage at the forefront of the team, and with which he regained discipline in the field, making the most of each player’s qualities.

That was what happened during the 20 days of the tournament, which used 13 cities as headquarters throughout the country, in addition to playing in 14 stadiums, a schedule that all coaches of the 12 teams that participated described as “harmful “For the players and especially for the football.

The United States, which was decided by players of the Professional Football League (MLS) in full competition, was the least affected by the hardness of tournament programming because players are more accustomed and in better physical shape .

He also counted, from the quarterfinals, veterans Tim Howard, Jozy Altidore, Michael Bradley and Clint Dempsey that ultimately made the difference.
In fact, Bradley, the brain in the direction of the United States game, finished the tournament as winner of the Golden Ball.

But the tournament is designed so that the United States, which met expectations, and Mexico, which failed, will reach the grand finale, and thus fill one year more the coffers of the Concacaf, which has the Gold Cup as the Emblematic tournament in the competition of selections and with which also they obtain economic benefits that help him to promote the sport throughout the region.

The elimination of Mexico not only prevented the economic income for the Concacaf were higher, but also left the football level of a long and monotonous tournament even more devalued.

Mexico did not play their best football, but neither was inferior to Jamaica, their executioner in the semifinal, the difference was in the spectacular goal that marked defender Kemar Lawrence in the final stretch of the match, and in the anthological performance of goalkeeper Andre Blake, Gold Glove of the tournament, which saved the Caribbean.

The same thing happened to Costa Rica, which did better individual and joint soccer than the United States, but Howard avoided two goals that had forward Marco Ureña in the boots, while Altidore and Dempsey scored those of the victory.

That’s why Jamaica, who played their second consecutive final in the 2015 had been the United States hangman in the semifinals (2-1), emerged as the team that excited and had the freedom to play without pressure, although not Was enough to achieve what would have been his first title in the Gold Cup.

A tournament that left the positive notes to see in Canada’s young forward Alphonso Davies, 16, to the promise that may be the future leader within the team, after scoring three goals and receiving the Golden Boot Award.

While the Curacao debutant surprised with the best football of the tournament, in the first 15 minutes of the second part of the game of group C, who lost to 0-2 against Mexico.

CONCACAF president Victor Montagliani of Canada advanced as a great novelty for the next edition of the Gold Cup that instead of the 12 teams that participated in this year, there will be asked to have 16 for Give more opportunities to gain experience to teams with less potential of football in the region.