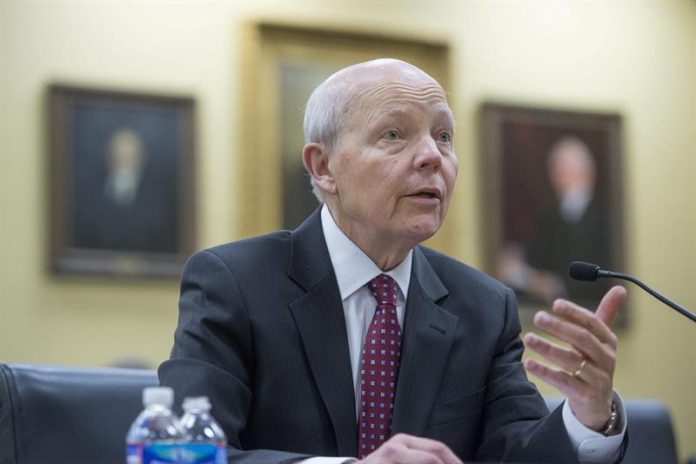 The Internal Revenue Service (IRS) today warned that because of increased security measures to prevent tax fraud and identity theft among taxpayers, companies have become the new target.

“We have made progress in protecting individuals, but we have a lot of work, especially in the business tax area, which involves tax professionals,” IRS Commissioner John Koskinen told a news conference today.

According to IRS figures, during the first five months of 2017 about 107,000 taxpayers reported being victims of identity theft, compared with 204,000 who filed complaints in the same period of 2016, a 47% decrease.

But despite advances in individual taxpayer security, the IRS has seen an increase in identity theft related to corporate filings over the past year.

Among the statements concerned are corporate declarations (forms 1120 and 1120 S) and declarations of property and trust (form 1041), as well as an increase in identity theft cases related to the submissions of Annex K-1 by companies .

The official noted that many of these scams are difficult to identify because scammers include real information from companies that have been stolen.

“It is difficult to identify any tax return as fraudulent when criminals use stolen information from tax preparers,” Koskinen said.

The official urged individual taxpayers and companies to be alert to signs that they may have been victims of identity theft and to contact the IRS to report any fraudulent activity.

“Fighting identity theft and reimbursement fraud can be made easier if people take steps to keep their personal and financial information safe and out of the hands of identity thieves, both personal and business” , he pointed.

The IRS also has a new campaign aimed at tax professionals, called “Do not Bite the Hook”, with which they intend to create more awareness among these professionals about the risks and the need for them to take security measures to protect the most Confidentiality of its clients.

The IRS will increase security and verification measures in 2018 to better identify suspicious statements and will ask tax professionals to gather more information about their corporate clients.

Tax officials recommend that tax professionals use the best security software to protect themselves against malware, phishing sites, and viruses, as well as use unique passwords for all accounts and change them frequently.