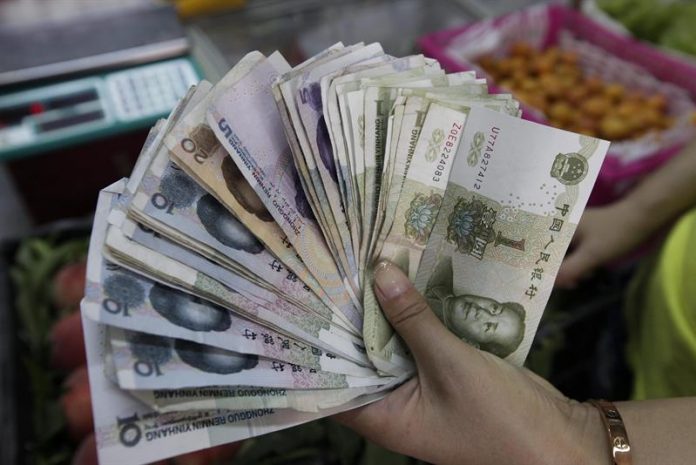 The global economy remains on track and consolidates its recovery, according to the International Monetary Fund (IMF), which maintained the global growth forecast of 3.5 percent in 2017 and 3.6 percent in 2018.

The institution said growth data for the first quarter of the year were higher than expected, especially in emerging economies and several in the euro zone, when it updated the April report on the outlook for the world economy.

“There is no doubt that the global economy is gaining momentum,” said IMF Research Director Maurice Obstfeld, in presenting the report in Kuala Lumpur.

According to the IMF, the second-quarter indicators “point to continued uninterrupted consolidation of global activity”, in particular through the expansion of international trade and industrial production, higher than the rates for 2015 and 2016.

Although the global growth forecast for the next two years is above the estimated 3.2% for 2016, the IMF noted that it is below pre-crisis averages, especially in advanced economies and emerging commodity exporters.

Overall, according to the IMF, advanced economies and emerging and developing economies will accelerate in 2017 with a forecast of 2% and 4.6% respectively, and will remain in 2018 with a projected growth of 1.9% and 4 , 8% respectively.

Despite maintaining the global outlook for April, Obstfeld said that the distribution of this growth varied from the estimate of three months ago, with improvements in Japan, China, the euro zone and Mexico that offset the reduction in the United States.

The financial institution warned against the uncertainty surrounding the deadlines for the implementation of US tax policy and its nature.

Thus, he warned that the implementation of a fiscal stimulus – such as a tax reform that reduces collection – could raise output and demand above the base forecast, or could lower them if expenditure-based consolidation were carried out , As proposed by the Government.

Among the advanced economies, growth in Germany, Spain, France, Italy and Canada during the first quarter of the year was better than expected, while non-compliance led to a downturn in the UK forecast.

In China, the forecast was revised up 0.1 and 0.2 points for this year and the next to remain at 6.7 and 6.4% respectively thanks to the strength of the first quarter of 2017 and the expectation that it will continue The fiscal backing.

Despite the optimism of forecasting, the IMF warned of several risks to the global economy in the medium term among which highlighted the uncertainty created by the negotiations on “brexit” or US fiscal and monetary policy.

He also pointed to the financial tensions caused by the expansion of credit in China, banking stability in the euro area and the withdrawal of financial regulation.

Isolationist policies and the lack of reforms to promote more inclusive growth, along with geopolitical tensions and poor governance were the other risks identified by the IMF.

To do this, the financial institution identified a number of priorities that should be addressed by the authorities as policies aimed at maintaining monetary and fiscal stimulus in advanced economies and underpin reforms in the rest.

Among the challenges, the IMF also stressed the need to adopt case-by-case structural reforms that promote more resilient, balanced and inclusive growth, and that responds to the low level of oil prices.

Finally, the organization called for strengthening a multilateral framework to promote global cooperation and free and fair international trade.

The report called it “vital” for prosperity that the global trading system be open and rule-based and noted that this requires national policies that facilitate adaptation to both trade and rapid technological change.

“Appropriate structural reforms can raise potential output in all countries, especially if they are supported by growth-friendly fiscal policies,” Obstfeld said.