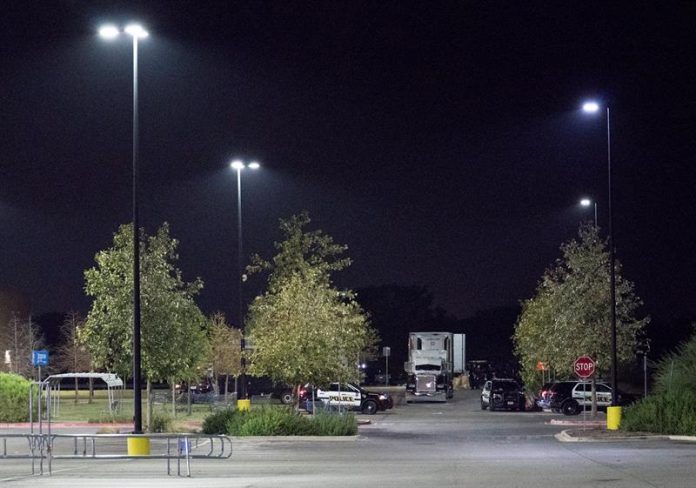 The Mexican government today lamented the deaths of nine people who were abandoned inside a truck in the city of San Antonio, Texas.

“So far nine people are known to have died and others were seriously affected and are hospitalized,” the Foreign Ministry said in a bulletin expressing its condolences to the families of the victims.

The SRE seeks to provide the corresponding consular assistance and protection, including the repatriation of the remains of potential Mexican citizens, the text said.

In addition, Mexico asked the United States authorities for a thorough investigation to determine responsibilities, and will assist in the legal proceedings resulting therefrom.

The Mexican Consulate General in San Antonio “works closely with local and federal authorities, hospitals and coroners to identify the nationality of the victims,” ​​the statement said.

According to local media, the Mexican consul in San Antonio, Reyna Torres, confirmed that several Mexicans are among the nine dead and 29 survivors of this tragedy, although it did not specify the number yet.

A total of 38 immigrants were found today inside a cargo truck in the parking lot of a large warehouse.

Nine of those immigrants, two of them minors, apparently died from asphyxiation or a heat stroke, because the air conditioning in the truck did not work and the thermometers had arrived that day to a maximum of 37.7 degrees Celsius in the city.

Eight of them were already dead when police arrived, while the ninth was killed hours later in a local hospital, and a total of seventeen people were in critical or very serious condition, according to the report of the US authorities .