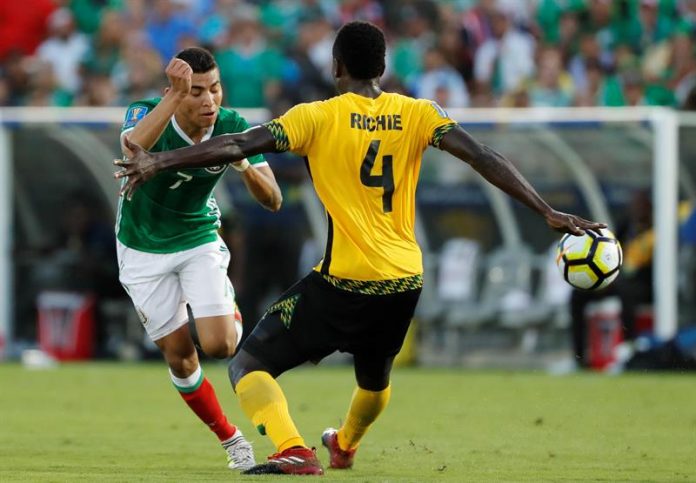 On July 26, 2015, Mexico won the thirteenth Gold Cup with a 3-1 victory over Jamaica and today, three days before the two years of that final, the Reggae Boyz consumed a sweet revenge by expelling the Tournament in the semi-final match.

The free kick of Kemar Lawrence that left goalkeeper Jesus Corona frozen in the 88th minute was enough for Jamaica to impose a 0-1 at the Pasadena Rose Bowl and advance again to the final, a date in which he hopes The United States team at Levi’s Stadium in Santa Clara.

The Bar and Stars team sealed their qualification on Saturday by beating Costa Rica 0-2 in a showy football demonstration.

In search of the sixth title, the United States will play the tenth final with the additional desire to settle accounts with the Jamaicans who beat them in the semi-finals of the 2015 edition by 1-2.

The Reggae Boyz won the first victory over Mexico on Sunday after eight games in the competition. Until then the common history was summed up in five Tri wins and two draws.

Mexico and Jamaica advanced from the quarterfinals to the semi-finals with agonizing victories. 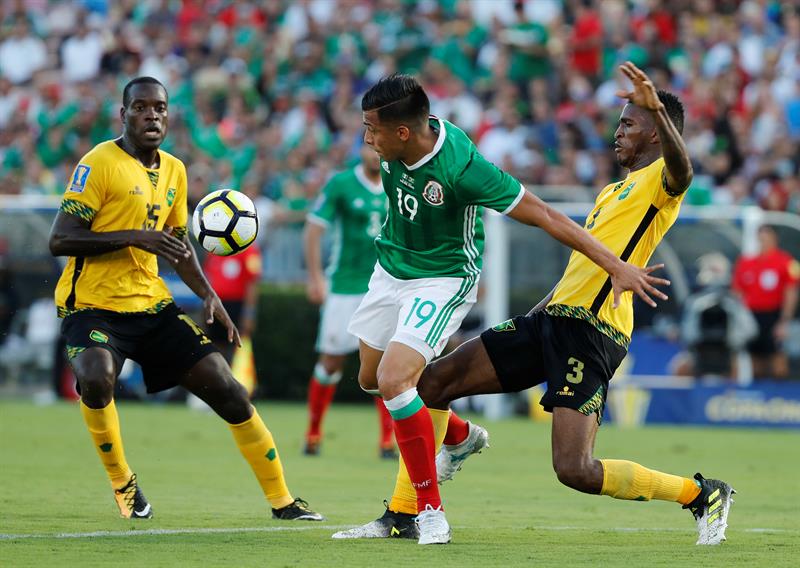 The Mexicans won in the quarter-finals 1-0 to Honduras on July 20 and the same day the Jamaicans went down to Canada with a 2-1 that held with superb interventions goalkeeper Andre Blake, considered so far the best of the competition.

Mexico and Jamaica had met in the group stage in a game as closed as today but ended with a goalless draw.

The new disappointment of Mexico, who recently had to settle for a fourth place in the Confederations Cup of Russia, again leaves in the public pillory Colombian coach Juan Carlos Osorio.

During the meeting the Mexican team made six of the nine shots on goal that were given during the first half.

The Reggae Boyz were the first to attempt to reach the goal when, after nine minutes, Owayne Gordon shot from outside the area after Alvas Powell’s assist, without danger to Mexican goalkeeper Jesus Corona, the hero of Mexico in the two previous matches played in front To Curacao, in group stage, and Honduras in the quarterfinals.

While the minutes went by and the only one, again having clear ideas in the attack was the outside Elías Hernandez who was the one who put the balls with danger in the area of ​​Jamaica, that was defended very well, with order, anticipation and power physical.

The 0-0 score made the more than 50,000 Mexican spectators nervous at the Rose Bowl nervous to support the Tricolor team they wanted and could not do.

Incidents: Match of the semifinals of the fourteenth edition of the Gold Cup played in the Rose Bowl of Pasadena (California) before more than 50,000 spectators. 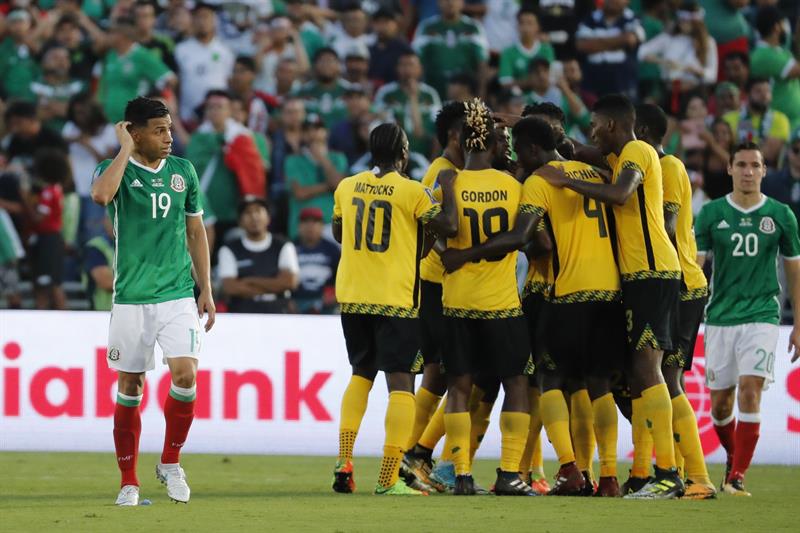