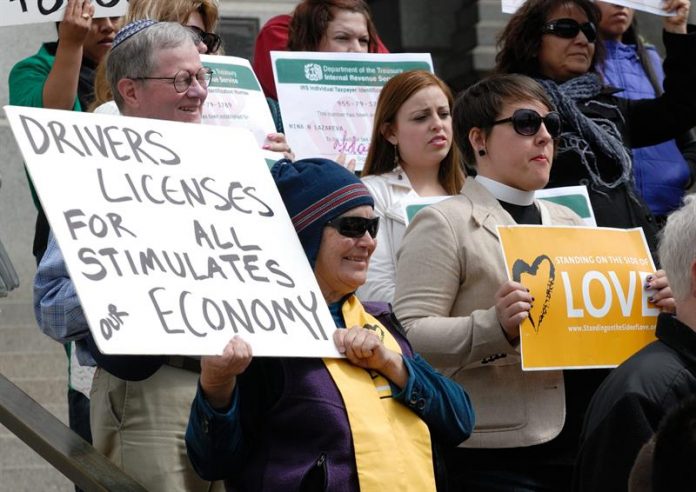 The poor result of Colorado’s undocumented licensing program is due to an error in the calculation of immigrants interested in obtaining their driving license from authorities, a Denver-based Latino official said Wednesday.

“Unfortunately, members of the State Legislature’s Budget Committee used a small number of undocumented workers eager to receive their licenses to determine how many DMV offices would be open to such procedures,” said Celeste Martinez of Juntos Colorado and Of the campaign “Yo Manejo Colorado”.

“That’s why we only have three offices across the state, and each office only offers 31 appointments a day, and that number of appointments is not enough for everyone who qualifies for the program. Goes from three months to two years, “he added.

The driver’s license program for certain undocumented drivers in Colorado was passed in 2013 (law SB13-251) and entered into force in August 2014.

And although the original law indicated that the process could be done in up to ten DMV offices, that number was never reached, as the state Department of Revenue, which oversees the DMV, authorized only five offices.

To resolve that dispute between lawmakers and the state executive, in 2015 the Budget Committee decided that the number of DMV offices that grant licenses to undocumented persons would depend on the undocumented’s interest in obtaining those documents.

And to determine that interest, lawmakers analyzed the level of participation of undocumented immigrants in similar programs in Utah (about 33%) and in New Mexico (about 85%).

“Unfortunately, they used the Utah number to set the Colorado boundary,” Martinez said.

Therefore, said the leader, “the SB-251 program does not work because of political games in our state.”

“We are very concerned that the SB-251 program is not implementing the intent of the law that everyone in Colorado is entitled to a driver’s license, so the 40 organizations in the ‘I Drive Colorado’ campaign will continue to fight That the program works and benefits all those who need it, “he said.