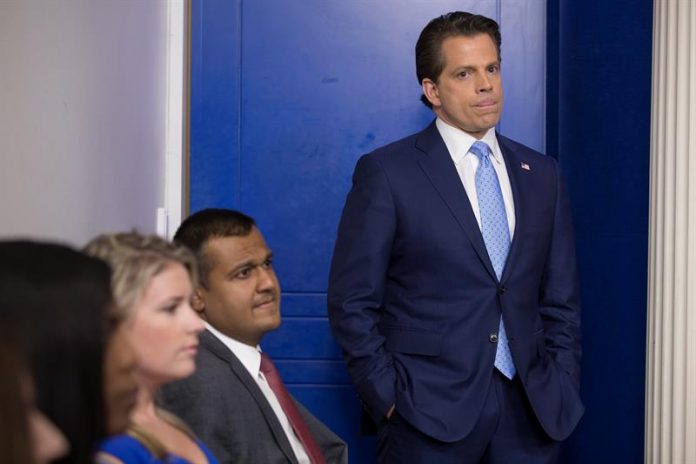 Antonio Scaramucci has been linked to Donald Trump’s team for more than a year, but only now enters the White House, with no experience in government and the difficult task of giving consistency to the official message.

A well-known financier on Wall Street, a regular commentator on television and a Harvard Law Doctorate, Scaramucci, 53, born on Long Island in New York State, was appointed today by Trump as Communications Director.

It has been such a controversial appointment that White House spokesman Sean Spicer, who has been defending Trump for many months, stepped down, creating one of the worst political storms since the presidential recall last January.

It is Trump’s second attempt to add his government team to Scaramucci, though since last November he was part of a sixteen-person transition committee, along with the three sons of the magnate and his son-in-law Jared Kushner.

On January 12, he was appointed director of the White House Office for Public and Intergovernmental Affairs, but had to step back while being scrutinized by the Office of Government Ethics.

In some media he is called “El Gorrero” and, although he seems to have never lacked money, his father, of Italian origin, was a construction worker.

After becoming a graduate of Economics at Tufts University and a doctorate in law at Harvard, Scaramucci decided to climb professionally in the world of financial investments after leaving university.

In 1996 it launched a financial firm that was sold in 2001, Oscar Capital Management, but Scaramucci’s profile began to emerge when in 2005 he founded the investment company SkyBridge Capital, a hedge fund with $ 11.4 billion in assets.

SkyBridge served as a public exhibition stand and allowed him to organize a series of financial conferences from 2009, known as SALT, in which Scaramucci gained training before the microphones.

He left SkyBridge last January, when the financial firm was sold to a Chinese consortium, in an operation that valued the company in about 200 million dollars, although it is not known for sure what participation he had.

His experience in the world of investments allowed him to go through Lehman Brothers, who went bankrupt during the crisis that erupted in 2008, and Goldman Sachs, in both cases from his relationship with Oscar Capital.

He is the author of three books on finance. One of them has the subtitle “How to get rich without losing your soul”.

His media experience began when he bought the rights to a television program “Wall Street Week”, where he frequently appeared as a host. He has also been a regular commentator on the CNBC financial channel.

His political betting does not seem very clear, because he got to participate in the campaign of fundraising of Barack Obama for the elections of 2008, although later had words not friendly towards him.

Registered as a Republican, he only linked with Trump after previously supporting other contenders, Jeb Bush and Scott Walker, who withdrew from the Republican presidential race when Trump looked unstoppable.

The Washington Post, recalling these political doubts, mentioned today that in 2015 it came to describe Trump as “another pirate politician,” when the now-president was very down in the polls.

“He’s probably going to propose as his presidential candidate to Elizabeth Warren,” he joked, referring to a Democratic senator who stands out for his progressive positions.

More recently, Scaramucci has been at the center of a controversy over CNN’s information on its investments that the chain had to retract, with the respective public apologies, after recognizing that it did not meet its necessary standards.

The three journalists responsible for the story had to resign and Trump took advantage to reflect once again his animosity against CNN for generating so many “false news”.