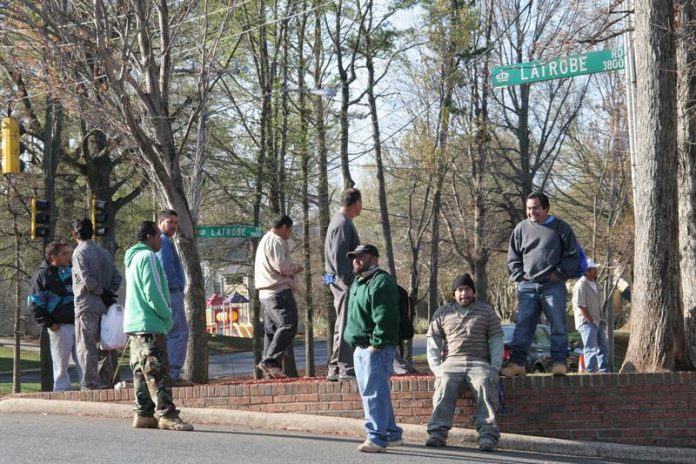 Texas, Florida and Colorado are the states that most hired temporary migrant workers in 2016, most of them from Mexico, Jamaica and Guatemala, according to the Center for Immigration Studies (CIS).

Based on official data, CIS pointed out that in 2016 US immigration authorities Approved more than 80,000 H-2B visas in the country, especially Mexicans, Jamaicans, Guatemalans, South Africans and Brits.

Last June the government announced it would grant more H-2B temporary worker visas because of the “severe” damage its absence could cause in companies that depend on immigrants to operate during the summer.

The states of Texas, Florida and Colorado, with a large Hispanic population, are followed by the immigration of Massachusetts, Louisiana, Pennsylvania, Virginia, North Carolina, Arizona, and South Carolina.

Sitka, a city in Alaska, is the one with the highest concentration per locality, but other jurisdictions with high numbers of temporary workers, according to CIS, are Phoenix, Arizona, on the tourist island of Mackinac, Myrtle Beach, ) And the exclusive island of Nantucket Massachusetts.

Companies that use H-2B visas for agricultural or temporary workers must prove that there are not enough US unemployed who are able and willing to take up a temporary job.

The CIS, however, noted that some employers have become “addicted” to these workers and called for more control when granting these visas and not leave aside Americans who could do these jobs.

The government “has to ensure that there is no abuse of this program and that it is not excluding American workers,” said Jessica Vaughan, director of CIS.

CIS detailed that a Sitka employer, Silver Bay Seafoods, is also the one with the most H-2B workers, with 971, followed by Faith Forestry Service in Mississippi with 704 workers.

Meanwhile, AJA Video Systems is the highest paid employer for a worker with no education requirements, more than $ 68 for now.

National Security Secretary John Kelly has made the decision to exceed the 66,000 visas a year granted to those workers by law because major businesses such as amusement parks or hotels could be “severely damaged” by the absence Of employees.

In 2015 President Donald Trump obtained permission from the Department of Labor to hire 64 workers temporarily at his exclusive Mar-a-Lago club on Florida’s southeastern coast.