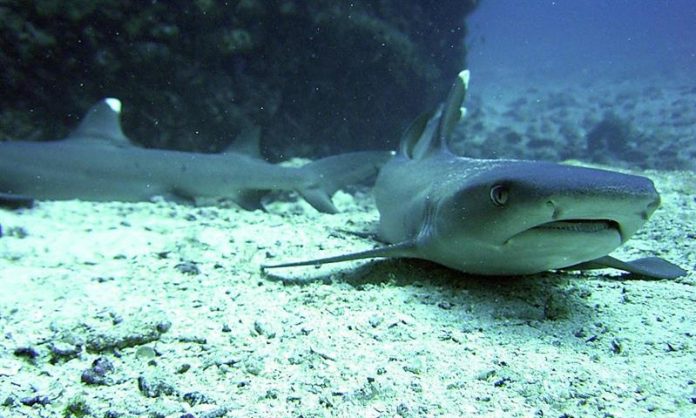 The Dominican Republic and global environmental group FinPrint have signed a cooperation agreement for the conservation and protection of sharks and rays on the Caribbean coast, the International University of Florida (FIU) announced today.

This initiative follows the recent official ban in the Dominican Republic of fishing for sharks and rays in its waters.

Scientists from this conservation group, led by experts from the FIU, the Australian University James Cook and other academic institutions, had expressed concern about the decline in the population of sharks and rays in the waters of the Caribbean nation.

The decision of the Dominican Government to ban shark and ray fishing and to strengthen ties with Global FinPrint scientists was praised by Mike Heithaus, an investigator of the organization and director of the FIU.

The Dominican Republic-led initiative “will allow for monitoring changes and making policy adjustments as populations (of sharks and rays) recover,” Heithaus said in the statement.

He was also hopeful that the “data” they are collecting will help other Caribbean nations to support “positive conservation decisions” and protection of sharks and rays.

It will also serve to “establish more precise fishing protocols” in the country, added Brito, who referred to Global FinPrint’s valuable support through its database to “monitor the activity of sharks and rays and guide the making of Future decisions based on scientific data “.

“The Dominican Republic’s decision to ban shark fishing is a great and commendable victory for the conservation of sharks,” said James Deutsch, director of conservation for the company’s Paul Allen’s Vulcan.