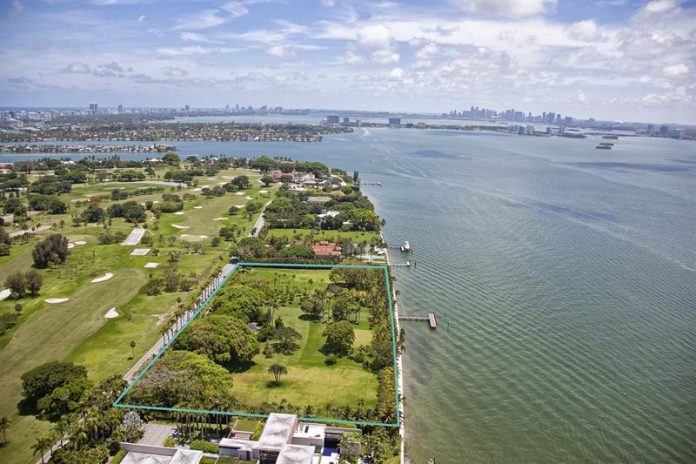 Spanish singer Julio Iglesias has put up for $ 150 million an 8-acre plot on Indian Creek, an island in Miami known as the “bunker of billionaires,” reported the real estate agent in charge of Sell ​​it.

The island boasts luxurious properties for businessmen, artists, business and sports tycoons, a private golf course and even employs its own police force and a 24-hour marine patrol, according to The Jills real estate agency.

The exclusive property of the 73-year-old artist, who lives in Miami, includes four consecutive batches overlooking Biscay Bay, the only ones adjacent to the sea on the island that are undeveloped.

The company detailed that the land, with a total of 320,000 square feet (about 29,700 square meters), are part of a total of five plots that the singer owns on the island.

The agency stressed that it is a “unique opportunity”, such a large area without building in one of the “most prestigious and safe communities in the world.”

“Indian Creek represents the epitome of Miami luxury, and to own hundreds of thousands of square feet of property right on the water at this location is truly a dream,” said Jill Eber of The Jills.

Iglesias was recently investigated in Miami by a private detective to help establish whether he is the father of Javier Sánchez, born in 1976.

The detective faced difficulties to collect evidence due to the exclusive and guarded sector in which Iglesias lives.

Comparing the DNA of up to 15 different objects, collected by the detective during nine days of work, has determined that the singer has 99.99% chance of being the father of Sánchez.

Among the items that were collected in Miami are a cigarette butt, a handkerchief, a drinking can and a napkin.