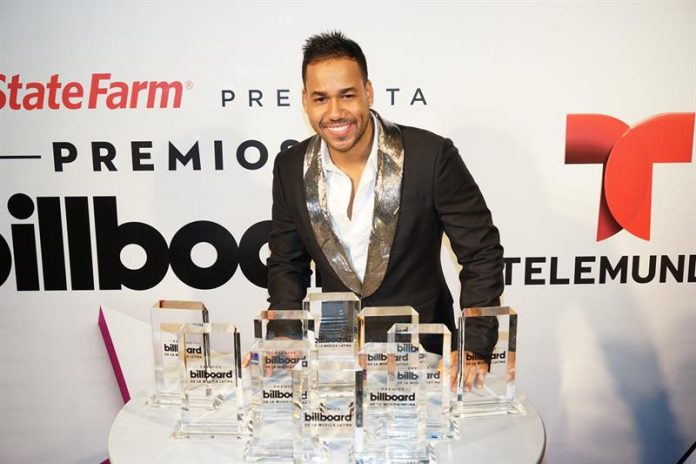 The New York wax museum today inaugurated its “Sabor Latino” room with the figure of popular singer Romeo Santos, who unveiled his image amid shouts and applause from his fans.

The wax figure of the bachatero joined Selena Gómez, Jennifer Lopez, Ricky Martin and the late Selena Quintanilla, who were previously distributed elsewhere in the Madame Tussauds museum and joined Santos to integrate the new.

“It’s amazing, I’m surprised, impressed by how much it resembles me. It’s an honor,” said the interpreter of “Imitadora”, a song included in “Golden”, his third solo album, which comes out next Friday. Was heard in the room as a preamble to the event.

“Imitadora” is the second theme in promotion of the new album, which was preceded by “Favorite Hero” that since its departure a few weeks ago was placed in the first place of preference of the public.

The wax figure of the New York-born “king of the bachata” arrived at the museum after an intense internet campaign initiated by his fan Jennifer Nieves, who managed to raise 7,500 signatures supporting the petition.

The smiling Romeo Santos is now part of the collection of the famous museum, with a white jacket on a T-shirt of the same color and black pants-donated by the artist. He has his hands together forming a heart, a habitual gesture of the performer during his concerts.

The ex-member of the group of bachata Aventura, who thanked their fans for the figure, said that posed for about three hours for the museum staff in charge of making measurements to create the figure.

“It was intense because I had to stay in the same pose but we did it,” said the artist who launched his solo career after the breakup of Aventura in 2011, a group that reached stardom with his hit “Obsesión”, which opened the Doors to the international market, of which was its vocalista.

The Puerto Rican-born singer, born in El Bronx, where Aventura also appeared, chose the image of Selena Quintanilla (1971-1995) as her favorite among those who make up “Sabor Latino”.

“I respect all the artists who are part of this small selection but if I had to choose one (to take a photo), it would be Selena Quintanilla,” said the artist.

He said that this is “a very special week” in which in addition to being immortalized with the figure of wax, celebrates his birthday and the output of his new album, which will launch on Friday in New York with an event at the One World Observatory , Where before they located the Twin Towers.